Most Popular | Newest | More Options >
[X]
More filter options:
STAY AWAY - Rent from a reputable car rental office, NOT THEM!

CAROLINA -- BUYER BEWARE: If I could give a 0 I would. I am embarrassed to be Puerto Rican after renting here! The desk staff are unprofessional and have lousy attitudes. They lie and try to stick you with a lot of hidden fees and the customer service is a joke... There is none!

We rented a car from Allied online and the shuttle was supposed to pick us up at the airport. They called us on our mobile to ask if we landed so they can pick us up, we said yes and they said they would be there in less than 10 min. After 15 min I called them to ask where the shuttle was and the woman at the counter gave me the nastiest attitude saying that the van was waiting for us for more than 30 minutes! What **!!

When we arrived at the desk, they tried to double the charge for the car we booked online saying that the price went up then they tried to stick us with an outrageous insurance fee and some nonsense fees for something I still can't make sense of. Then, the car they gave us (which was not automatic... a pain in the **) if you have a carseat cause you have to play Houdini to open up 2-3 doors to get to the back passenger side of the car. The car was filthy and almost a quarter tank full only!

Two days after we rented the car, my husband got into an accident (not with the car) and broke his ankle spending several hours in the emergency room. Obviously, he could no longer drive the car and I do not have a license. We called immediately so that someone can come pick up the car and we can pay from June 17th- June 19th only since we were unable to use the car. They told us as part of Customer Service they can extend to us the service to pick up the car.

The next day, nobody showed up and when we called the ladies told us (in a nasty attitude again) that they are doing us a favor because that is NOT something they do and moreover that they had nobody to come pick up the car to try back the next day. No one was helpful, the customer service was very abrupt, almost rude, unhelpful and made us turn in circles telling us they would return our call and never did. We had to call numerous times for 3 days straight and still nothing.

We were finally told that the manager would call us when he is in the office at 8 am the next day. Of course nobody called us. Just like the manager never called us before when the counter promised he would. Eventually we finally reached him, he told us that he would send someone and we would arrange after the car was picked up but of course several hours later and still nothing.

After searching the web for a reliable contact person I found a Manager of another location whom gave me the contact Mayra **. I have emailed her numerous times over a couple of weeks and of course, not one reply! In the end, we were forced to pay for the full rental term.

My advice: DO NOT RENT FROM ALLIED!!! Pay a bit more and you'll get more respectable service! Search Google and you will read nothing but bad reviews about Allied Car Rental and many complaints on Better Business Bureau. I should have known better but it's not too late for you!

AGUADILLA -- I'm making these comments in response to the way that one of your Agents by the name of Adelmari at the Aguadilla Airport office treated me. I arrived to return my vehicle on 1/16/2013 at about 1:30 AM Contract # **. When the Agent gave me the contract and credit card receipt to sign I noticed that the rental fee totaled $158.23.

Upon noticing this amount I asked her "Why it was that price and not $132.00 as I was quoted on autorenters.com?" She stated in a VERY NASTY way "That's not my problem. Next time learn how to read a contract before you sign it." I then asked her about the AUTOEXPRESSO I was charged for and she stated "That's not my problem. Again I tell you learn how to read before you sign."

At the time this occurred there was another customer standing behind me and I felt so embarrassed and humiliated. I then told her that I didn't need to be treated that way and that she was very unprofessional. She stated that she has a Master's Degree and that she knows how to talk to people. At that point I asked her for her name and she refused to give it to me only giving me her Manager's name Johannie. I then had no choice but to sign the credit card receipt and head to the Airport. Again I'm very upset by the way Adelmari treated me, the choice of her words especially in front of other people.

I will be making comments on My3cents.com, all the autorental.com websites and also the Puerto Rico Dept of Consumer Affairs. Please take note that if you check My3cents.com website your company already has numerous comments to the negative about the way your agents have treated them in the last 6 months which is very bad business and really needs to be addressed. Thank you for your time and I hope that someone can get back to me and resolve this with me before I make these negative comments on all these websites and also the ConsumerAffairs complaint...

CAROLINA -- Reservation process: was easy I guess because it was thru Orbitz. Renting process: three representatives and only 2 customers in the line and it still took more than 45 min. Car: was clean. Billing: they charge me twice for the same reservation. Customer service: call several times and after get tired of getting transfer to a voice mail that was full or responded with and error message I had to go thru my bank to resolve the issue. 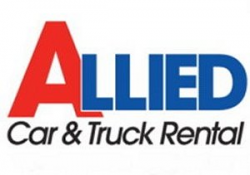