After being associated with this company for several months in Northern California, I want to alert as many job seekers as possible about this company unscrupulous business practices and enlightened as many people as possible of the risk they run when associating themselves with this company. Almost everything they told me from day one was a lie and I am not even going to go into all the silly non-relevant, immaterial lies we were all told just because it seemed to be what our RGA was comfortable with.

First, I (and many others) were told that we would have a guaranteed income for six months. After devoting weeks, sometimes months, to training without pay, we were told we would only get the guarantee if we sold a certain amount, but just a few weeks later, even the required amount was raised. Conveniently, the commission on the new required amount is more than the guarantee promised. So, there is NO guarantee.

Then, we were promised we would always get new union and association leads, that there were thousands of new leads coming in weekly and that we would never be responsible to generate our own leads. Then, a few weeks into it, we were told we would only get 100 leads per month. Then, this fell down to 50 leads per month. Then, the truth fell out - we are responsible to generate our own referrals and no new leads are guaranteed after the first few weeks of being out in the field.

This would be bad enough, but adding to this is that nearly all the new leads given to new reps were gone over by the RGA, who cherry picked the 'good' ones before passing the ones she couldn't contact or, found to be disqualified on to the new reps. This was evident when on booking nights, many of us would call on our precious leads only to be told that she had contacted them just the week before and had told her they weren't interested. Even worse, was the fact that we all found ourselves driving miles to make a presentation often to find out that another company agent had been there just days or, weeks before.

In our office, it was not unusual for new employees to be hired over the phone without even a face to face meeting. This now seemed to be happening so the hiring agent could collect her new hire pay and NO support was given to these new hires, making their investment in a ALTIG 'career' futile at best. Making things worse still was the fact that we were told NOT to explain our policies fully, not to go into any provisions or, detail or, legalities. This led to many of us being faced with policy owners who had been misled by the oversimplification of ALTIG products given upon their sale.

On top of all of this - getting paid is never assured. Not only can it take weeks to get your first paycheck after making your first sale, but thereafter, you may see weeks that your check simply doesn't show without as much as a 'sorry'. I strongly urge anyone who is considering going to work for this company to cut their loses by not considering!

It is in this company's best interest to constantly hire new people and allow them to fail and quit. They get the $250 non-refundable "administration fee" per person they hire. They get people to work around the office for no pay while they are in "training". They never destroy leads - they keep recycling them and passing on the old leads to new people, then send you on a wild goose chase while you pay for your gas money.

Whatever policies a new person sells then quits in a short period of time, they don't have to pay the annual residual income to the employee that quits. They say they are a "top" employer on hot jobs, not true. They are a top "HIRING" company on hot jobs. They will say their company is growing and expanding - the only thing that is growing is their employment scam, preying on the unemployed who post their resumes online.

LOS ANGELES, CALIFORNIA -- The folks at AIL aka American Income Life have made brought scam job postings to a new low, and they have done it with style! They list high-paying positions available, allegedly require a stellar education and experience, interview 50 - 100 "applicants" at a time- and voila... you are all selected! The problem is, you don't find out it is actually an "insurance sales job", from your home, without pay and only "possible commissions"- until you've already wasted time on several interviews, listened to their slick lingo, and if you're in a big city, paid $30 in parking alone to get scammed.

I have reported them to Monster.com and other sites where they place their listings for the unsuspecting job hunter. My best advice, once you find out who the company is- don't make the appointment for them to scam you. If you really want to be in legitimate Insurance Sales, then go to a REAL insurance company with real agents and a real future for you. It's a tough business with a good company- it's unthinkable with a company who starts you out with a scam... It can ONLY go downhill from there.

Oh, the best part after "you've been selected" (everyone is) and you tell them you don't care to take their great non-paying "position", they try to T.O. you (turn over) like at the auto dealerships when the salesman thinks he's losing the deal. What a bunch of losers! 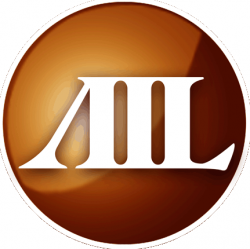