ATLANTA, GEORGIA -- I went into Best Buy on the 21st of January and bought all the pieces for a major install, XM radio, backup camera and head unit. My install date was the 28th of January, today. I had to drive 45 miles to the Best Buy store and wait for the harness to come into the store. When I went into the store, the guy at the door stopped me and said that they don't do car installations on Thursday. Well, the salesman who sold me the stereo gave me this date (today) at 11:30. So the guy at the door told me to go to electronics and talk to the person over there. The guy in electronics call the car installation technician who is supposed to be in today at 12:00 for sales.

As a matter of fact, I feel so bad that it is going to be a long time before I deal with Best Buy again. Their customer service is the worst. This is not the first time Best Buy has messed me over. I bought a warranty with my washer and dryer pair, they never got the serial numbers right on both of them, it voided my warranty and I never got reimbursed for it. Microsoft did the same thing to me when I bought my surface tablet. They gave me a new warranty on a refurbished tablet and gave me a discount on a new one. Now that's customer service. Best Buy needs to talk to Microsoft on keeping your customers happy.

KILLEEN, TEXAS -- I drove 30 miles to Killeen, Texas in order to buy a CD player for my car. I spoke with an employee who was wearing the name tag 'Mike' even though that was not his name. That should have told me what kind of a business this place is.

After the installation department had my vehicle for over THREE HOURS, I still had not received a call on my cell phone telling me the job was complete. There is NO customer waiting area in this store, if you are getting something installed in your car, and customers aren't even allowed to walk through the back of the store to get to this department.

I returned to the store (after waiting for OVER THREE HOURS) and asked the customer service employee to call the back and see if my car was ready (It was either have her call, or I had to walk an entire block to get to the back of the store to check for myself). After the customer service employee called the installation department, I was told to 'walk' to the back, and they would tell me what was going on.

When I got back there, my car was parked in the back lot, and they were already deep in the process of working on two other cars. When I asked what the problem was, I was told that my car was designed in such a way that it would take additional wiring and labor ($200.00 worth) to install the CD player, and they assumed I didn't want that done. I asked why I hadn't been called, so that I wouldn't be waiting for OVER THREE HOURS, and I was told they had just gotten done (LIE). I asked for their manager's name, and was told they 'didn't know', but I could find him 'upstairs'.

After driving back around to the front of the store, and going back in, I had to stand in a line (for a very long time, as there was only one person in returns) waiting to get my money back. When I finally got up to the return counter, I asked for the name of the manager over car stereo installations, and was told, "I don't know". The employee asked another individual, who said there was NOBODY overseeing that department. This person, I found out, was the store manager, who refused to give his name at first, and when I asked him again, he tossed down his business card, and began to berate me, telling me it wasn't 'his fault'. Then, he demanded I leave 'HIS STORE' before I even had my money back.

I went directly to Circuit City, and inquired in their car stereo installation department about the situation with my car, and the difficulty in installing a CD player (It's a 2000, so it's not like it's an antique). They quickly looked in a book, which clearly showed (I saw it myself) that my particular car, for that year and model, would require extra wiring and extra labor, or else the CD player could not be installed.

I asked Circuit City if Best Buy should have been able to look in the same type of book and told me, RATHER THAN KEEPING MY CAR FOR HOURS, AND WASTING MY TIME, and they said, 'Certainly so'. Best Buy's problem is not just that they had incompetent people working there, but a much larger problem is the individual they have chosen to hire to manage that store.

VALENCIA, CALIFORNIA -- I showed up about 10 minutes early for my appointment, and the stereo installers got right to work on my install (I had brought in my own Pioneer head unit for installation that I had not bought from Best Buy). I was out of there within 20 minutes with a great install, super polite BB employees who even gave me a quick tutorial about how my new stereo worked. They even told me they would install my stock head unit back in for free if I ever decided I wanted to sell my vehicle (I just have to show them the install paperwork).

I was a little hesitant to have a big box store do the install because I had a bad experience with Circuit City, but this particular Best Buy was awesome and I would recommend them to anyone in a heartbeat.

PONTIAC MI, MICHIGAN -- A few years back I purchased a car stereo from Best Buy and it was the worst purchase I ever made. Their so-called "free" installation cost me plenty. First of all they hit me up with wire harness charges, even though the stereo I purchased had come with a wire harness. When I asked about this I was told they have to use their own wire harness to warranty their work (even though the wire harness was the same). But that is just the beginning.

After receiving my car back from them, I was driving down the road, checking out the stereo when my dash panel fell off. It turns out they broke where the panel clips into the dash. I returned to the store and the manager took down my info, took pictures of the broken dash and said they would contact me about what they would do. After three weeks I called and was told that they had never heard of me, so I went back, filed another report and took in an estimate from a local garage of $600. They again took my info, my quote and more pictures.

1 week later I was told they must have lost it and the manager could not remember me, he claims. Needless to say, I spent many hours on the phone and time wasted going back to the store without ever getting a dime out of them. Their corporate offices put me off and I sold the car without ever having the dash properly repaired. I will never have any service work done by them again and I now shop at Circuit City, I have had wonderful experiences with their service department.

If I was quick to blame I must also be quick to praise. It took awhile but Best Buy redeemed themselves by giving me credit for a car stereo I had purchased & had installed but continuously had given me problems. I upgraded to a Pioneer (which sounds great) & they installed it for free. A lesson learned - give people the benefit of the doubt & a chance to make it right.

GRAND FORKS, NORTH DAKOTA -- Got my daughter a car CD player for a Christmas present. The salesman said to bring it within 30 days of purchase and they would honor the free installation they advertised. 55 dollars later, there was a fee for the kit, wiring, and any nuts and bolts they would need. Free install (NOT!!). The salesman is not allowed to inform you of these extra charges per the store manager in Grandforks. 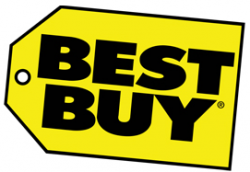