NASHVILLE, TENNESSEE -- I saved for a long time so that I could pay cash for a newer car. I am one of those people who firmly believe if I can't pay for it, I will not buy it. I suppose that was one reason the finance manager didn't want to waste his time on me, although I did have to pay processing fee, and all the other crap they add on. When the saleslady told me to go into the office to sign papers, I thought it would be a couple and I would be out. I sat down, and without even looking at me or saying "Hi," he literally started throwing papers across the desk at me to sign.

I asked him about the one hundred thousand mile warranty that Lexus has and he said in some rude way he didn't know. I asked, "What am I signing?" He said "Routine stuff." I am embarrassed to say that I let this jerk intimidate me. I am also embarrassed to say that I could not bring myself to open the sealed envelope to see what I had signed. But the math didn't add up so I reluctantly looked. I found that I had signed a paper saying I paid 259.00 for "PHANTOM FOOTPRINT".

I went out the next day and told the sales manager Robert **. He explained in his car salesman voice the F FOOTPRINT. I, in turn explained to him that it meant nothing to me. He said "What can I do for you?" I said "Give my money back." He said "I will show you that you signed that document before you ever went into the office." But then he decided the guy that had the document had already left (yeah right). He said "Come back tomorrow." Then he said "No, come back Friday and I will show you."

During the conversation, the one who sold me the car came up. He shooed her away, saying "I'll handle this." So on Friday I called and he was in a meeting and I left him a message saying that I wasn't wasting my time or gas to drive across town, and gave him my fax # asking him to please fax me the document I signed agreeing to INVISIBLE FOOTPRINT. NEVER HEARD FROM MR. **.

Maybe you think I am a whiner because it was only 259? If I wanted to give money away, I would give more to charity. Or I would buy my nieces and nephews more school clothes. I sure as hell wouldn't be putting it in a car dealer's fat wallet! And yes, I should have read what I was signing. I am horrible with math, but I knew something was up.

Hell, I didn't even expect to pay the other add-ons totaling over 500.00. For what it's worth, I will be reporting Crest Honda to the BBB, and I will go to every site I can find and tell my story, because if it will help at least one person avoid the screw I was given, it will be worth my time. I am trying to find out how to make a formal complaint to the owner(s) but haven't found it yet. Not that it would make a difference. But it wouldn't matter if it was a quarter.

What's wrong is wrong. It's stealing. They had typed the X in the "agree" box and I had never even heard of "invisible footprints" until the day I opened the envelope. I signed 7 papers with him ready to throw the next one at me. I just noticed I signed for financing and I paid freaking cash! I let go the fact that the rear window doesn't work (my fault for not checking) and it had just a few miles shy 1,000 miles more than what was advertised. And the bad brakes. And the garbage under the seat. And the dirt. But, I seriously believe the old saying what goes around comes around.

Shame on you Crest Honda sales people! I had not dealt with a car dealer in several years and for some reason I thought things would be different. LOL. They say there are honest ones out there. I guess I haven't been fortunate enough to know one yet. I thought PJ was one. But surely she knew about the add-on they sneaked in there. THANKS GUYS! YOU ARE STILL LIVING UP TO YOUR NAME!

NASHVILLE, TENNESSEE -- We bought a CR-V on 04/13/16 and on 05/24/16, we find out that they have not paid off our trade-in which now is in collections! My husband and I made several calls to Crest Honda this afternoon and no one was available to talk to us about this situation. We were told we would have to talk to someone tomorrow. NEVER again will be buy anything from Crest or any of their dealership which we understand there are several dealerships that they own including BMW, Cadillac, etc. The most horrible experience EVER! It has ruined my credit score and I had a good credit score until this mess!

NASHVILLE, TENNESSEE -- My husband and I had a great experience at Crest Honda yesterday. We were in the market to lease a 2009 Honda Accord for $199.00 a month for 36 months with paying $2,600.00 in upfront fees. We called the dealership and spoke with this lovely and very informative lady in the Internet Sales Dept. We went over the quotes and proceeded to drive 50 miles one way to trade our fully paid 2007 Ford Mustang and get our new Accord. The saleslady greeted us and introduced us to her partner who would take us for the test drive, fill out the paperwork, etc. He was equally gracious to us and answered any questions.

We went through everything and chose a vehicle $800.00 more than the original. Well it came down to negotiating the deal, and the sales manager said we needed a 775 credit score to get the $199.00 lease. He said we did not qualify and told us we would have to pay $324.00/month for the car. Well we just bought a home a few months back that was $220K and paid 4.75 fixed rate. I think we more than qualified, considering we had $12,500.00 equity in the car we were going to trade in. I believe in the business world this is called "Bait and Switch."

The sales manager lost a deal, plus the saleslady and her assistant did too. I truly believe the sales manager thought we were ignorant enough to hop on the deal. Instead, we asked for the title of our car, the keys and we walked. Tomorrow we are buying a new 2009 Nissan Maxima. Well Mr. Sales Manager play your games with someone else. Just remember, your customers are the ones who pay your salary. Treat them with the respect and what goes around, comes around. I hope who reads this to learn from our very negative experience at Crest Honda.

NASHVILLE, TENNESSEE -- I saw a vehicle I liked on the internet. I emailed the dealership about said vehicle. I exchanged emails with this representative there for over 2 weeks. Before they would bring me the vehicle they wanted to take said vehicle to have repaired. I was told it would take a few days. A few days later I called to ask if vehicle was back. I was told yes, so my husband and I made arrangements to see said vehicle. The next day I was told the vehicle was sold before we went to see the vehicle. I asked what happen to the representative I had been emailing with for the past 3 weeks. She was surprise to hear it was sold. She didn't know of this. She wanted to check it out.

I also informed her that I was told the new owner had put a deposit on it. She claimed that they do not hold vehicles with deposits. That that kind of practice was not how they did things. So she called me back the next day saying the vehicle was not sold and that I could come and get the vehicle. So that day my husband and I went to test drive the car. We loved it. It was in our price range and just the right size. So we went inside and filed the paperwork. This took 2 hours and 18 minutes. We left feeling that car was ours. They were not able to send the financing through because of the time of day it was.

We went home all excited and got a port so we would have a place to park the vehicle. I get to work the next day waiting for a call. We were told we would get a call as to when we could get the vehicle. I got a call but was unable to answer. When I did hear the message it was to inform me that the car had been sold last nite. We were there until the dealership almost closed. My husband felt it had to do with the fact that we are a mixed couple. It did take a very long time for us to get with the financial person. 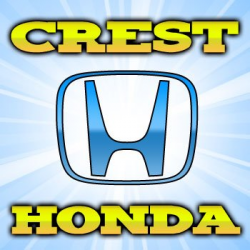