NEW YORK -- I was at a red light behind a tractor trailer owned by UPS, the driver decided to back up and ran into my car causing extensive damage. The driver's insurance is Liberty, I waited 2 days after the accident for Liberty to contact me which never happened. Finally got a hold of them on day 3. I was told they are still investigating the accident and have not accepted liability yet. Well now it is one week since the accident and they still have not accepted liability. The damage is estimated to be over 3800.00 dollars, I was backed over at a stoplight BUT SOMEHOW LIBERTY DOESN'T THINK THEIR DRIVER IS AT FAULT.

PO BOX 2721 NORCORSS, GEORGIA -- Even though I didn't have the displeasure of having Liberty Mutual as my insurance company, the individual that hit my wife head on was insured by Liberty Mutual. Their insured was charged with the accident, making a u-turn in the middle of the road and hit my wife who had virtually stopped. They never called me, I had to instigate the claim. I was out of town and it had been 2 weeks with no contact from them.

When I called them, they said they had not accepted responsibility for the accident, even though their insured was charged with the accident. They said they had to talk to a witness. They finally did after the car had been torn up for over 3 weeks. They said they don't pay for time you are without your car... just the time it is in the shop. They want to use cheap aftermarket or used parts. They didn't want to pay the storage bills on the car. Only paid $250 for diminished value on an Acura Rl that no previous Carfax or paint work. Paid me for 15 days for the repair work... the car was in the shop being repaired for over 60 days.

They refused to pay the difference even though they said they only paid for the time it was in the shop. My car was out of commission for over 6 months while I was hassling with them. You can't sue an insurance company when they won't cooperate. You have to sue the individual who caused the accident. Finding some of those guys isn't easy. I spent over $2,000 in legal fees and skip tracers trying to find the guy when I finally gave up.

Remember all insurance companies aren't equal... call a body shop and ask who the dead beat insurance companies are. Most of the ones you see on TV advertising and are late comers in the game are the scam ones. Cheap isn't any good when you can't get a claim paid. I wouldn't have one but I am still stuck with them since the person that caused the wreck had them as his insurer. Beware...

NAPERVILLE, ILLINOIS -- On Father's Day of this year (2006), I was involved in an automobile accident. There was substantial damage to my vehicle, and I was required by my insurance company to gain an estimate of damage at an authorized body shop. The shop recommended to me was Cars Collision in Valparaiso. Upon my arrival, I was convinced to leave my car with the shop for repair, though I protested and wanted the option to shop around. I was informed that if the shop did the estimate for the repair and I decided not to do business with them, that I would be charged $500.00.

I felt that there was no other option and made my opinion known that I was unhappily agreeing to allow the shop to complete the work. After that point, most of the conversations I had were pleasant to some degree, as well as informative. I was told that the total estimated cost of repair would be $4900, including the repair of previous damage to the car that was necessary to repair before building upon. According to that amount, the car should have been totaled, as the required 70% of the total value of the vehicle was damaged.

An estimate of the cars pre-accident worth was then reported to me as $10,000.00, which was surprising as the purchase price of the vehicle was $9995.00 in 2004 (which was an unfair price as the car had been involved in the previous accident mentioned above. This matter was successfully settled with the dealership from which was car was purchased). Of course, I insisted that this figure was ridiculous. I was later informed that the estimated cost of repair for the vehicle was $3400.00, reduced from the original amount, taking away the possibility of totaling the car.

Totaling the car would have been in my advantage due to gap insurance, but the shop and the insurance company (Liberty Mutual) would not have gained from the deductible or the repairs. I had no way to prove my doubts about the estimates, and I again agreed to move on with protest. My complaint is that Liberty Mutual behaved fraudulently and unethically in the handling of this matter.

Dishonest. Untrustworthy. Alters your information without consulting you to increase your premium. I had 4 people on my auto policy with Mutual Liberty, then removed my daughter because she grew up and bought her own car. When she was in my policy as a minor driver, her portion was roughly 750. Won't expect the premium drop by roughly that amount after she is removed? Nope. Mutual Liberty reduced my premium by a mere 40 dollars per year. When I called them, they said "well, since your daughter left, your son's good student discount was no longer applied." (What does my daughter's being in policy or not have anything to do with my son?????)

Then they started asking a bunch of questions such as "how much do you drive?", "does your vehicle have ABS?", etc. etc., as if I was getting a new quote. Finally they did reduce my premium by an amount similar (although still a couple of hundred dollars less) than what I expected. When I asked them why after this conversation my premium went down, they said "well that has to do with a lot of factors such as you being a good driver, low daily mileage, your son being a resident student.", etc. FUNNY! All those information was already in my account, and my former premium was based on that.

Suddenly because my daughter left information about myself, my wife and my son all changed???? That is, it does not change unless someone altered it without talking to me! Want to find dishonest people? Go to Mutual Liberty. It's very easy to find a bunch there!

In February I hydroplaned on the 405. Basically, I started in the left lane and ended up on the right shoulder, after spinning around countless times and seeing headlights coming towards me. My car finally stopped when another driver rear ended me, causing $14000 in damages to my car. I called Liberty Mutual to report the claim, mind you this was at 5 am and I was completely in shock. They took this as my official statement. A week later, they called (first time I heard from them since the accident) and informed me that I was at fault, which is ridiculous b/c the other guy rear ended me instead of swerving around me like all the other cars on the freeway.

They then never checked up on the repairs to my car, leaving me to deal with the body shop (another hellish process). All in all, they took what was already one of the worst experiences of my life and made it 110% worse with their ineptitude and horrible customer service. None of their representatives talk to each other, in fact I still don't even know how much I was at fault for the accident b/c I kept getting different reports from different people! They really do not care at all about the customer and I cannot believe that a company so poorly run is still in business. They just cancelled my insurance but frankly my only regret is that I didn't drop them before they dropped me.

ATLANTA, GEORGIA -- Liberty Mutual's insured pulled out in front of me to make his left turn, after he ran a stop sign. We both had damages. He apologized. He got a ticket and he has paid it. Even still, his insurance company, Liberty Mutual, offered me only 75% of my damages, leaving me to pay about $1000. I refused and filed a claim through my insurance company who is proceeding with arbitration, intent on collecting all damages, including my deductible.

I will sue for anything outstanding. Since I am not Liberty Mutual's client, it is no surprise I'm not happy with their 75% offer, or that they have treated me rudely in the process. But I don't understand why Liberty Mutual won't protect their client from a lawsuit over only $1000. I hope the guy who hit me fires them. 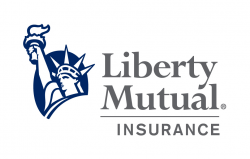