SMITHTOWN, NEW YORK -- My wife went to Nardy Honda because her engine was rattling. First, they charge $120 just to look at the car and will not look at it unless you pay the fee. Please be advised that if you go there they will charge you $120 whether they make a repair or not. Then, once there the car was put on the lift and the mechanic said the car couldn't even be test driven. The car needed an immediate timing belt changed or the car was at risk for the engine to malfunction on the road.

I previously brought the car to two mechanics and this issue was never even discussed. They actually test drove the car. From there, they totally overcharged my wife $1950 for a timing belt, water pump, and driveshaft assembly. This was $700 over what I thought was fair market value. It was amazing to me how much they charged for these repairs and totally took advantage of her. I asked for an itemized labor cost and parts cost, they would not provide the information. I also asked for a written estimate, that was not provided as well.

I was a customer there for numerous years, and after this total fabrication and fraud, I will never walk into the store again. I contacted the service manager Tim and he was of no help. Mr. ** the GM was also contacted and he was of no help either. I just hope that no one else gets taken advantage of like my wife was and I warn women to please stay away from Nardy Honda. Be prepared to be taken advantage of!

SMITHTOWN, NEW YORK -- My complaint is about Nardy Honda's finance & insurance manager (I will not say the name out of respect to this website)! Anyway my problem was I was asked when I bought my Honda Accord from them if I wanted an extended warranty. I was always iffy about extended warranties because they usually screw you in the end. But this person swore to me this was the actual Honda Care extended warranty for my car. 7 Years 100000 miles from the day I bought the car. I didn't believe it. I went over and over it with the guy and he said it's true! (The sticker on the car window said it too!)

I had my brother there with me and he swore up and down to him too that it was true. Guy cracking jokes laughing up a storm, making you fall into his lies! So what did I do? Like an idiot I said OK how can I go wrong?!? Well guess what I did! I got my insurance cards in the mail and they were to expire in 2014 3 1/2 years from when I bought my car. I called the guy as soon as I got the cards (after 5 emails and contacting the owner running Nardy. I got a hold of him. He told me they messed up at Honda Care and I had to bring my cards down and he would get me new ones corrected after turning these in.

Well then I bring the cards in this guy takes them. Apologizes to me saying they messed up at Honda Care (not him). Takes my cards for the warranty and sends me on my way saying the new cards are on their way. Couple weeks go by and still nothing. Try emailing the financial guy and no response. I then call Honda Care (because I made a copy of the warranty stuff) and tell them my situation of what's going on and they tell me they never spoke to the Nardy Honda finance guy. They have no record of this! I freaked! They told me they knew nothing about this (after months of me waiting!).

Well I told them I want my full refund for the extended warranty because this guy was trying to hose me and push me out of the refund time frame to get my money back. Honda Care was willing to give me a certain percent. But needless to say I sent them the emails from this crook, wrote and complained to just about everyone who has something to do with Honda. No one really gave a crap! I never got an explanation of what happened which is what I wanted but after a couple of months I received my money back in full. (Guess everyone got sick of hearing from me. Lol!)

The moral of the story was the financial manager at Nardy sold me a warranty that did not exist for my car but tried to screw me anyway. All the guy had to do was tell me he screwed up and say sorry. No he tried to screw me and take my money instead of taking the blame!

I am wondering is there any honest dealerships left in this world? Just be careful with the extended warranties!!! Read everything closely! They will screw you if they can! Thanks for the memorable experience financial manager at Nardy of Smithtown! All you had to do was tell the truth!

My name is Rich Lang and I am the General Manager of Nardy Honda. If you would kindly provide me with your name I will gladly look into this for you. Kindly email me at rlang@nardyhonda.com or call me at 631 724-0300 ext 843.

Nardy Honda does not misrepresent the coverage of Honda Care products nor do we make it difficult to cancel an extended service contract on behalf our our customers. We go to great lengths to ensure that our customers fully understand the terms of Honda Care products so they know what they are purchasing. Although fully informed, on rare occasions, a customer may not understand that the term and mileage begin from the original in-service date. The original in-service date is the original delivery date from the first owner of the vehicle. In the event that a customer is dissatisfied with the terms, Nardy Honda will initiate a cancellation on the customer's behalf without hesitation. Canceling a service contract does require participation from the customer and requires that they complete a cancellation form that includes the vehicle information, verified current mileage, date of cancellation and the customer's signature. I mention this because I recently spoke with a customer who was unhappy with the terms or coverage of the Honda Care vehicle service contract. The customer wished to initiate a cancellation of the contract. We explained what was necessary to cancel the contract (which isn't very much) but the customer refused to provide us with the current mileage or complete and sign the cancellation form. The form must be signed by the customer acknowledging that the coverage on the vehicle is no longer in effect. This ensures that the dealer only cancels a contract with the customer's express consent and relieves the dealer and Honda Care from any liability due to an unintended cancellation. We went as far as mailing instructions to this customer and contacted Honda Care to inform them what had occurred (for the record) so that if the customer contacted Honda Care, they would reiterate the process for canceling the contract.

Our customers have purchased more than 1,100 Honda Care vehicle service contracts in 2010 alone. If we conducted business in a manner other than I have stated, we would have countless poor reviews from many unhappy customers.

We do not advertise like most dealers and therefore rely almost entirely on our customer's "word-of-mouth". We value our reputation above all else. Making a cancellation difficult just doesn't make good business sense. In our eyes, it's penny wise and pound foolish.

SMITHTOWN, NEW YORK -- My recent experience at Nardy Honda in Smithtown Long Island is an example of car sales tactics at their lowest. I went into the dealership to lease a 2009 Honda accord Ex-l coupe. I had been shopping around and received prices anywhere from 430.00 a month to 357.00, 15,000 miles, sign and drive.

After being shown around the showroom and the lot, the salesperson identified the auto and color I wanted. He logged me into the computer, and came up with a price of 339.00, 12,000 miles, sign and drive. The internet price on the four door was 209.00 with money down, averaging to 290.00 per month on a lease. I realized I would be paying more for the two door and the fact that it was an EX-L. I said that 339.00 seemed a bit high, but how about 319.00? After waiting 15 minutes while he and his manager "worked the numbers" he came out and said my manager said he will split it with you.

We settled at 324.00. I was delighted to be finally getting this car after two months of shopping and negotiating at a fair lease price that was not based on an overinflated purchase price. I handed them my credit card after signing the worksheet and they charged my card for 391.00 which included motor vehicle fees.

After another 15 minutes of waiting while they did this procedure...the salesperson walks out with the charge receipt. Five minutes later, the manager walks out and says "I can't give you that car for 324.00, I thought you were getting the four-door." I looked at the worksheet which read two door and described the vehicle. The manager then said, "You can have the two door for 374.00 if you want it." The old "bait and switch."

I stood there with my mouth open...I never thought this was possible. He went in and voided my transaction when I said that everyone was clear that I was negotiating on the two door and didn't want a four door. You can't make this stuff up. Has anyone ever had this happen to them?? Everyone I have shared the story with added their own three cents that if I hadn't gone in there alone AND been a female, it wouldn't have happened. 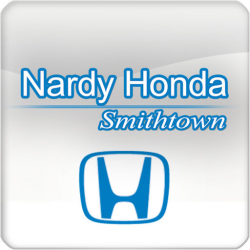