CAROLTON, TEXAS -- I can't wait for my lease with Quadient/Neopost to end, but looks like 2 more years. Leased the machine for a new office. The first machine they sent was almost impossible to reload postage, went through ink like mad, and finally, at the end, went through 5 (not kidding) remanufactured machines. I was finally told that the model was too small for my needs, and then they upsold me to an IS330. Things worked out well for almost exactly a year. Ink is needing to be replaced (although I was told it would last for 18 months or 7500 pieces. We might have run through 1200 pieces.

Biggest problem is that it won't print high value postage. It deducts the amount, sure enough, but only prints the bottom half of the "stamp". Post office won't accept it, because they can't read the amount. I have lost over $100 in postage. Cannot get through on the 800 number. You can wait for hours. Emailed the salesperson who told me that you have to call the repair number to get a refund, but repair never ever answers. Now I take high price envelopes to the post office, so why do I have a machine. Machine now wants a new $200 ink cartridge. I feel stuck. Can't talk to anyone. Can't get service. Don't want to spend $200 on an ink cartridge for a machine that shouldn't need one yet, but I have another 2 years to wait. You can be sure that I won't renew through this company.

MESA, ARIZONA -- From onset of change to NeoPost who promised to beat Pitney Bowes prices, the discounts never materialized. The machine never worked right, it took about three years and a unholy fit to finally get a new machine computer part. Now machine works. I accidentally made a overpayment by adding a zero to my payment, and they simply won't refund it -they say they will but make the process so slow that with each bill cycle they require a new application, and that takes insufferable calls and multiple emails -so they are a rip off intentionally and very slow, very unprofessional (they already have a credit on top of that payment).

On the calls reporting problems, when you get to a person they have no "record" you have ever called and complained. That is outrageous. The service and machine is so bad that it is cheaper to just buy stamps as the discount is not present, the ink printer cartridge dries quickly and is overly expensive, the slowness eats up employee time and it is faster to just go to the post office, the service eats up valuable and costly employee time going on thousands of dollars over a three year period of suffering with this company and they won't return my over payment being greedy and unethical. As I see it as they have had use of my money exceeding $1000.00 and won't return it. And, now they apparently plan to sell or otherwise appear to sell to likely avoid responsibility for poor acts and to take money they did not earn. Run.

The machine they sent would not work with my current internet system set up. The sales representative guaranteed that it would work smoothly with my wifi setup. Machine arrived and is not wifi enabled. They sent a wireless router that would not work with my secure system; their tech support had no idea how to set it up or get around the security. My IT support said it will not work and would interfere with our set up. The sales representative said he would cancel the contract and send a return label to arrive within 4 weeks. I have been promised every month via email and phone that they are "expediting" the return.

Finally I received a letter that stated they have canceled the contract but still no label. I call and email and I get "we are expediting the label" and I get yet another case number. It is literally like talking to a drunk person and their only response is "we are expediting." The letter states that I have to comply with the notice in 30 days and the cancellation will be void after that. But I cannot comply without a shipping label! They won't let me send it back, I have to use their label. I am now waiting for the label to be "expedited." So 10 months and not label; The representative today did say "it takes longer" with new contracts. Meanwhile they are charging me every month for the rental. They did say all fees will be removed once the case is closed. Don't trust them and avoid them at all costs!

Replies
Review Link:
Scammers - DO NOT EVER Sign A Contract - RUN - FIND ANOTHER COMPANY

PADUCAH, KENTUCKY -- Neopost is constantly trying to trick you into signing up for longer contracts and extra services. They have sent me emails that I need to upgrade my machine and contract - A YEAR BEFORE MY CURRENT CONTRACT RUNS OUT. Today I received a call from them and they told me that recently USPS has changed regulations and now every piece of mail that is not first class will need a barcode but they are here to save me and if I will just sign a form (contract) they will upload software that will help. LIE LIE LIE SCAM.

First the change to mail needing a barcode happened a few years ago. Second the software they want to send you is their shipping software called Neoship. Neoship is an antiquated piece of junk. It is cumbersome and will cost you $$$ and you are locked into a contract. You will do better using USPS online shipping which is FREE to use with NO CONTRACT.

They make it seem as if they want to help you and if you are not schooled in shipping it might be easy to fall for this. STOP! THIS IS A SCAM! THE POST OFFICE OFFERS FREE BARCODES! IF YOU USE USPS ONLINE SHIPPING IT INCLUDES BARCODES. You do NOT need Neoship. Unfortunately we have one of their machines and a contract for it but that will change when the contract runs out.

Replies
Review Link:
Advertisement
Run Away as Far as You Can From Neopost!

CARROLLTON, TEXAS -- Numerous issues with this place. Like others have mentioned, they screw you on ink cartridges by placing an expiration date on them. We have plenty of ink left but since it's been a year since we installed it, it locked up my meter and wouldn't work until I paid another $250.00 for a new one.

Then, they department that processes payments will not open them in a timely matter so you get that outrageous $39.00 late fee! I am in Cincinnati, Ohio and sent in my payment 10 days before the due date. It doesn't take 10 days to get things from Cincinnati to Chicago. But they slapped a late fee on me and noted that my payment was received the very next day. They held it out purposely! It's happened a few times. Just please save yourself headaches and use someone else!

Replies
Review Link:
F- Service Is Horrible Run Away as Fast as You Can

TEXAS -- Hours on hold constantly transferred, disconnected, they do not understand what the appropriate meter is for a particular business, unable to answer questions correctly. No return emails or phone calls, horrible. One of the worst ongoing experience I have had as a business owner.

COLORADO -- We started using Neopost at the end of 2007. We have paid all of our bills annually. I normally pay $176.10 per year. I received an invoice dates 10/1/14 for $981.43. I called Neopost and asked why the additional charges. They stated that they had failed to charge me for equipment rental and I was only paying for rate change protection. This new invoice was back dated to 3/17/13 to 3/16/15. I had previously paid for RCP, that was also charged.

I asked what needed to be done to just return the equipment because I don't need a postage meter for almost $1000. I was told that I was under contract until March 2016. I stated that can't be possible since we haven't signed anything since 2007. I asked for a copy of said contract. I was told by William (Neopost) that I would have to talk to Customer Retention. I talked to Alishia with Customer Retention and she said she couldn't help me with the contract, I needed to talk to Customer Service.

I asked what can I do to just return the meter. She stated there would be a fee of $646.00 for early termination, I again said I haven't signed any contract. I told her to do whatever needs to be done to get me a copy. I was transferred again to customer service. I asked for a copy of the current signed contract and she said she would fax it to me. I gave my fax information and asked how long it would take to receive the fax. I was told 7 business days. Really? This is ridiculous.

I am getting the runaround. They can't just back bill me for something I HAVE NEVER PAID TO BEGIN WITH. I can't get anyone to let me return the equipment. Just getting the runaround instead of any help. I called on 10/23/14 to inform them I still have not gotten any copy of a contract. I was told I could cancel via email. Sent an email and was given a quite of almost $2000 to cancel service now. On October 6th it was $646.00. I tried to reply to the email, but of course it does not go through. Still no one has helped me resolve this problem. They won't even reply to my complaint at the Better Business Bureau.

MILFORD, CONNECTICUT -- Accepted meter contract from Neopost in July 2013, employee stated it was a 12 month contract and the contract that was accepted and signed by us had the 24 month checkbox UNCHECKED. On calling them to terminate in March 2014, they are insisting it is a 24 month contract, although they say it is not marked 24 months, it still means it. There statement is: Because there are no other options, that is the sole offered rate within the signed agreement, therefore the terms they will be held to contractually. Complaint has been routed to BBB (which is worthless so far) and to the Arizona Attorney General's office.

OLYMPIA, WASHINGTON -- The customer service at Neopost is a disaster, as most everyone leaving comments here agrees. The reason is due to the fact that customer service at Neopost is fragmented between six to eight different departments. What you thought was just one issue actually requires three or four phone calls to resolve. You will be on hold for a long time for each of your calls. If you have time for that, then go ahead and use Neopost. That is just the beginning of a whole list of complaints I have. We will no longer be doing any business with Neopost.

WASHINGTON, DISTRICT OF COLUMBIA -- The biggest problem is adding postage. If you have bulk mail to apply postage to, you should add postage way in advance. If you don't, you risk facing technical issues, such as constant error messages on "connection to server lost" and other related errors. Don't bank on calling customer service because you will be on hold for a while.

When attempting to call, try early in the morning, but that depends on what time zone you work in vs Neopost's customer service time zone. Such a headache. The online "MyNeopost" account does not show the balance that is reflected on the machine and I find it pointless except for invoice payment recordings. Otherwise, I wouldn't put stocks on Neopost because it's crap. 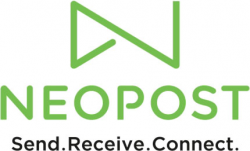