KENNER, LOUISIANA -- My first encounter with Peake BMW - July 27th, 2012, a rear tire blew on my 2008 BMW 335i and I had the car towed to Peake BMW to replace the tire and the rim. They did a fine job replacing the tire and expediting shipment of a rim from California after a rim they received locally to replace mine was scratched.

On August 10th (two and a half months later) the other rear tire blew, thankfully in front of my house. When my husband removed the blown tire he noticed the inner edge of the tire was worn through to wires. He was concerned that we were not made aware of the severe wear on this tire at the time the other was replaced.

He and I expect that a dealership of that caliber would provide the type of service expected from BMW owners who are not driveway mechanics and who take their vehicles to be repaired to the dealership for routine as well as emergent maintenance.

When my husband dropped off the tire and stated his dissatisfaction, the service representative had little to say other than they would take a look at the blown tire. Upon picking up the new tire the next day there was no representative to speak with him, no assistance in our concerns, and a general lack of concern over the issue as a whole. It is unfortunate that we will now be searching for a dealership with our safety in mind.

NEW ORLEANS, LOUISIANA -- The following report was sent to Peake BMW and BMW USA through their automatic service questionnaire email system. I gave them one business day to contact me. After they did not contact me I decided to post this for the information of others......

I will attempt to simply describe my service experience without emotion. I have a 1997 BMW 528i with 29K miles on it. By all accounts it is in great condition not withstanding the "check engine" light for which it was taken to Peak BMW for service. On 30 March at 0715 I arrived for my 07:30 appointment. I was told that the diagnostic was a one hour operation. I also mentioned that I would like to have them look for the cause of a shimmy that occurs at between 55-60 mph and do an oil and filter change. I elected to wait for the diagnostic results and declined the shuttle service that was offered.

I sat in the very nice lounge and visited some local stores until I was contacted on my mobile phone at 11:00. That was 3.5 hours later, 2.5 hours longer than I was quoted. The gentlemen that contacted me was professional and respectful, I appreciated his rapport. I was told that the bearings in the front suspension had leaked (due to age) and needed replaced. The cause for the "check engine" light was undetermined but looked like a gasoline problem. (The car had been in Japan since 1997) I asked them to replace the bearings and reset the fault and continue diagnosing the problem.

I also asked them to look into why the drivers side-view mirror was shaking violently and making visibility difficult. I was told that the car would be done between 1300-1400. The car was presented to me at approximately 1500. I paid and departed.

As I was leaving the parking lot the "check engine" light came back on. I turned around and reported the problem to the service manager. He immediately got the car back in the diagnosis garage. At approximately 1600 I was presented with my car again. The light was still on and the mechanic said that he was sorry that he could not diagnose the problem. He did mention that he thought it might be the "mass flow indicator" or something to that effect. I began driving home.

As I got on the interstate I noticed that my interior turn signal indicators, emergency light indicators and headlight indicators were non-responsive. I called in to the service adviser and he did some trouble shooting over the phone to no avail. Additionally, the shimmy at 55 was still present. I had paid over $500 and spent nine hours with no improvement to my vehicle.

The indicator lights have since begun working again. The shimmy still exists, the mirror still shakes and the "service engine soon" light is still on. I assume that the oil and filter change that I asked for was a success. This is my 2nd BMW and first negative experience. At all times I was treated courteously and professionally.

Replies
Review Link:
Car Shut Down While Driving And Shut Down - stalled

NEW ORLEANS, LOUISIANA -- Car shut down – stalled. BMW dealer Peake not responsive. 2017 with 12,000 miles $60,000 car while stalled. The dealership not responsive and told just call a towing company. Would not provide a loaner car and could not get loaner car and repair date until 10 days later. Then after leaving dealer, car shut down again. Terrible, terrible new $60,000 car. 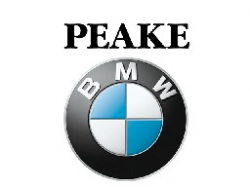