LEDGEWOOD, NEW JERSEY -- DO NOT GO TO THIS DEALER! WATCH OUT for this dealership. Finance person "threw in" an extended warranty plus a bunch of other "freebies" that wound up adding $3,000 to the contract. On top of that they sent me home in the WRONG CAR! That's right... the WRONG CAR!

WILL RIP YOU OFF. We did a deal and agreed on an XLE w/ sunroof & nav, and that's what they sent me home in, but called me a few days later to tell me they made a mistake and I need to come take a different car with no sunroof and no nav. Finance guy told me to get a lower interest rate I HAD TO GET EXTRA WARRANTIES and tire and wheel protection — a total lie — and I believe it's actually ILLEGAL to do so.

Stay far away from this Toyota dealer. Scammers, and are known to be bad. Check their reviews on other sites, it shows for itself. Finance guy, Al, is rude as can be and scams people out of their money. I had to get the cops there today to get what I needed done, and to undo the deal. Can't believe they gave me the wrong car, and then had an attitude about it! It was THEIR mistake not mine.

Also, WATCH OUT for the price of the extended warranties, they put it in one contract (the digital one) but not the yellow one, they don't want you to know how much it costs, because they're ripping you off. Stay far away, go to Toyota of Morristown, or Paul Miller Toyota. Save yourself the headache. Stay away!

LEDGEWOOD, NJ -- Never been treated so poorly or been so disrespected before! Normally, I never write things like this, but they sent me over the edge. When I went to lease a new car, I planned on trading in my old car as a down payment. My sales person took my keys to inspect the car, and I thought nothing of it. After being at the dealership for hours, I realized I was running late for an appointment, so I asked for my keys back and told the sales representative I'd be in the next day. He REFUSED to give my car keys back!

It doesn't stop there either! I was involved in a car accident and had called their roadside assistance for a tow. After being told that they would accept the car, even though they couldn't personally do the repair, they refused it! They then continued to instruct the tow driver to take the car to Toyota of Morristown and that they would accept it. NOPE. They didn't want it either. They accumulated $600+ in tow charges and refuse any responsibility on their end!

I had my number taken down and received no calls for 6+ hours from them. They actually LAUGHED at me! They talked down to me. They treated me as an inconvenience, gave me attitude, and more! They have no idea what customer service is. The only star there is Lisa in their service center. Other than that, avoid them at all costs. STAY AWAY!

LEDGEWOOD, NEW JERSEY -- Service department is so rude and don't even know how to talk to their customers. We have been a customer for 8 years and bought about 5 cars from Towne Toyota. But since past couple of time whenever we take our cars for service there has been always issues. I have not been taking my car there but my husband tried to give them a second time and he was treated the same way. We take our car there to get an estimate on any problem but service dept. treat us like we are beggars looking for free stuff. Hello?! It's not that we are getting our service for free. They are rude and of course they lost a good customer. I will NEVER go back to them again. Well their loss!!

LEDGEWWOD, NEW JERSEY -- The lease on my Highlander ended. I decided to lease a new Highlander. In the end, I decided to buy the leased Highlander for my daughter and purchase a new one. I paid the full buyout price plus fees and taxes and drove away with temporary plates. Three months later and after following up several times, I still did not get my new title or plates for the car. Toyota Financing was making DAILY collection calls for past due lease payments. I called Toyota Financing to straighten it out but the collection call continued another month.

Finally they told me they sent the title to Towne Toyota. Towne Toyota said they didn't have it and that there was nothing they could do. They had to wait until Toyota Financing sent them the title. Nobody follows up. They just wait. FOREVER. They don't care. Liz the receptionist doesn't know what to do if the title doesn't come in even after several months. Valero mail box is always full and he never calls you back anyway. Not sure he even exists. My money is in their pocket and they are done with me.

The general manager MIKE ** was really annoyed by my complaints. He treated me like dog poop on the bottom of his shoe. Even instructed his staff to remove me from his office. Not man enough to do it himself. His minions decided to call the police and remove me from the dealership. That's real customer service isn't it. Called my attorney. Next day dealer calls to say my plates are there waiting for me. Wait... What? I picked up my plates and inside the plastic bag there is a note saying my TITLE is not yet ready. My attorney asked me to give them 10 days. I did and finally got the Title. It shouldn't be this hard.

LEDGEWOOD, NEW JERSEY -- Camry family since 1989. Own 5 of them. Just bought another brand new 2009 Camry Hybrid (2nd TCH) and Engine Light Malfunction went on at 800 ODO, 3 weeks from purchase, half tank after first fuel and did not top off the fuel tank at first pump. Went through car menu and looked up internet. Most customers stated on internet that Dealership's service says fuel cap is not tight. Never did I have this problem with my other 2007 TCH. Made a video proof of me tightened the gap cap with at least 10 times of tic-tic-tic sounds. Drove it around and light still on.

Took it to Towne Toyota at 1499 Route 46, Ledgewood, NJ 07852 (where I bought time car) the next morning and they charged me with a diagnostic fee of $51.59 and stated “VAPOR LEAK FROM FUEL CAP. TIGHTENED CAP, INSPECTED SEAL. RESET ECU.” Tech ** argued with me that the fuel cap is not tight, embarrassed me in front of other customers, made feel look like a fool not knowing how to tight a fuel cap, and what is worse is that he lied in front of my face.

Told manager that I am going to file a complaint that Tech ** lied and embarrassed me in front of others and will bring my video (w/ sound of tic >10X) to show that I tightened the fuel cap. Service manager told me to pay the $51.59 and to get out! Never in 20 years of Toyota, did I ever come to a service like this. Horrible attitude and dishonest. I still can't believe a tech would lie to me in front of my face! Past 20 years, have been to more than 10 different Toyota service and I have to say Towne Toyota is the worst!

LEDGEWOOD, NEW JERSEY -- I wish we had trusted the online reviews about how about Towne Toyota and not gone to them to buy a car. Their staff is extremely bad-mannered and foul-mouthed. We are grateful to them in a way because they showed their true colors before the sales. We did not buy a lifetime of suffering and bad attitude from them. The sales staff just drop by one after the other uninvited by us, the customers, if the one attending to you is incompetent or lack negotiation skills and their idea of negotiation is only make rude comments and irritate the customers.

If this is their idea of pre-sales customer service, I can imagine their after sales "service". Obviously "Service" is missing in their dictionary. I wish other customers look at the online reviews for this dealership seriously and not go to them. Only then will they change their horrible attitude. If they wish to learn it the hard way, we the customers should fulfill their wish. I am posting this review on all review websites for the benefit of prospective customers, with the only hope that it is taken seriously unlike what I did.

This place will rip you off. We took in our 10 year old Siena van because the check engine light was on. They said it was a faulty air sensor, under warranty as we had recently replaced it, and a manifold that needed replacing for $806. I said we were not sure we would spend that much to fix it and were they sure it was the problem and what would happen if we did not fix it. They said they were sure and if we did not replace the manifold the catalytic converter would eventually go and that would cost more. So we paid the $806, but the check engine light came back on driving out of the parking light.

They hooked it back up to the computer and said the catalytic converter was gone and it will be $1600 to replace it. They told us for the first time that a faulty air sensor can mask the real diagnosis in the computer reading-- which they already knew and said this has happened before! They refuse to refund the $806 that the invoice says fixed the problem, even though car still undrivable and we had made clear we would not pay the $806 unless it fixed the problem. 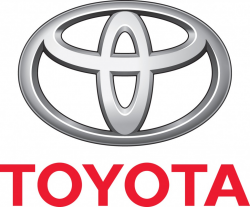