ONLINE -- I placed an order for my sister's Christmas gift, paid for expedited shipping. Instead of 5 bras, I receive 1 garter with someone else's packaging slip, on Christmas Eve. I email immediately with all required photos of item and packaging slip and such. Four days later I receive email response with return label for garter I received in their error. Fine. I print, tape up package and drive to post office to send back. After an additional 2 emails, they tell me they are now out of stock and refunded my money....really? Now I've done my work for the company and I'm still not getting anything. No, offer to rectify THEIR mistake?! This is now 6 days later? Customer service is nonexistent as far as I'm concerned.

SAN JOSE, CALIFORNIA -- Used to enjoy buying from Frederick's... Recently the quality has gone downhill along with the Customer Service. They could care less about any issues you report. For the prices they charge one would expect better service to be part of the experience. Forget trying to call them. You will never get to a representative. Emailing just gets you an auto-response about not being able to cancel your order. I have tried to cancel an order I placed AND was charged for immediately almost two months ago and never received. I'd give them minus stars if that was possible.

SOUTH CAROLINA -- I suggest not to buy from Frederick's of Hollywood. They sent me product with defects. I was sent a bra that had a crease going across the cup. I wore it a few times, hoping it would straighten itself out but it can be seen through everything I wear, even a sweatshirt! I contacted the company and told them the situation and it was on the 60th day. They don't guarantee their products and stand by them!!! Don't buy!!! Your order # ** (placed on September 10, 2015 7:39:09 AM PDT).

I ordered some "clothing" for my girl for XMAS the other night from Frederick's of Hollywood online store. The bill came up to over $100. I had to sweat it out as I know these things aren't going to be cheap. After I confirmed payment and finished the deal (confirmation# and everything) I noticed a bright red star in the top right corner of my screen that said "click here to receive a $20 rebate on this order." I did and gave them my email address to send the rebate to. The link mentioned that I would get an immediate $20 rebate and another rebate $20 for my next purchase.

What I didn't read (which was partially my fault for not reading the fine print further down the page) was that they would automatically sign me up for a 'membership' that directly charged my account $80 for this 'membership' and automatically charge me to renew the 'membership' from here on out if I said nothing. They did not ask me to provide a credit card number for this membership (which is usually what alerts me to this kind of fraud.) They used the credit card number from my last transaction to make the charge. I found a number on their email confirmation to call and cancel the membership (before they could charge me the $80) but nobody answered the line.

I had to call back the next day to get a hold of someone. I did, and they said they would cancel the membership and would not charge my account. 1 day later they charged my account anyway. I called back and they said they would snail-mail me a 'refund request'. Why did they need to mail it, I was already on the phone with them? They could take the money out electronically without a request but they can't put it back in?

So now I have to wait 7-10 business days for this refund request to show up in the mail so I can get my money back in god-knows-how-long. LAST time I ever do business with these crooks. They just couldn't leave well-enough alone with my $100 purchase. They just HAD to steal more. FOH can burn in hell! In a time of universal deceit - telling the truth is a revolutionary act.

I have only shopped with Frederick's of Hollywood twice and doubt I ever would again. The first time was just a few years ago when I placed a phone order for an outfit I found in their catalog. It was for a complete outfit which consisted of a stretchy denim mini dress, denim garter belt, denim thong, 5" denim pumps and stockings. The mini dress was strapless, was much like a mini skirt and bustier in one and had a full length zipper up the back. Upon receiving this outfit I tried it on. It fit fine, mini dress being snug but not too tight. However, garter clips kept popping off stockings as clips were cracked and shoes had Staples inside, probably from manufacturing process.

Received replacements weeks later. Same problem with replacement shoes. Sent them back, finally got ones with no Staples. Shortly after, my husband and I went out and I wore this outfit. What a catastrophe. Shortly after sitting down in a restaurant the rear garter belt straps popped off the stockings as the clips broke. After exiting restaurant, while walking toward car, the zipper slide on the back of the mini dress popped off, causing the mini dress to spring open and come off. I was totally humiliated. I did not bother sending it back as it was a discontinued, special purchase item.

I figured, at the very least, I still had the pumps and thong. Wrong. Shortly later the pumps began to disintegrate. While wearing them out one evening of shopping with friends, we sat down and one of my friends stated that it was time for me to buy new shoes. I said they were new, then looked down only to find that the denim wrap on the heels was peeling off and the soles, starting at the toes and going back about 2", were peeling away. They were falling apart on my feet. My friends thought it funny, but I didn't and had to buy new shoes immediately or I would have been barefoot.

That was an experience that happened a while ago, but just recently someone gave me 2 bras that were purchased from the same place. Brand new, and within about 2 wearings they began to fall apart! They are on the landfill somewhere now. The quality of their items is definitely lacking.

Recently I ordered 3 bras from Frederick's of Hollywood. I didn't have an occasion to wear one for a few months. When I wanted to wear it, I opened the plastic bag took it out for the first time. I noticed the underwire on one side was showing through the material. I returned it with tags still attached, pointing out the defect and telling them it had not been worn and was as shipped to me. Because I had it for several weeks, I didn't ask for a refund but expected a replacement since they could see it was defective.

After I didn't hear from them in a few weeks I called customers service. They acknowledged receipt of same but said they would not give me a refund, exchange or gift certificate for it. I asked that they please return the bra to me since it was paid in full. (Their bras are expensive.) They informed me they would NOT return it. I think this company ripped me off, probably sold it to someone else. I also wrote the supervisor informing them of the incident and how rude I had been treated. They made no response. I learned this company is not even in Hollywood CA. It's in AZ. I will Never order from them again. I hope this will inform others of the way this company does business. 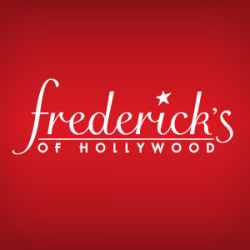