FT. LAUDERDALE, FLORIDA -- So visited the Fort Lauderdale, Fl. warehouse. Wow they have thousands of pallets and truckloads. Was helped by Giancarlo. Couldn't have been any nicer and extremely knowledgeable about all the product lines. They made the purchasing process very easy. A little advice to buyers So only thing that will make the process easier, I had visited location before without appointment and was not allowed by the port on to property.

I had to get a port pass and they are in some customs warehouse so make sure to call them first save you a trip. You will have to have the pass. This was my fault anyways. I highly recommend them and I look forward in future purchase with GBY Liquidations. Also ask about a first time customer discount. They give it to you. I purchased 43 pallets of housewares, electronics, cookware, Bicycles, Xbox, Ps4, Domestics. I normally don't leave reviews but these guys really have gone the extra mile.

BILOXI, MISSISSIPPI -- Let me say first.... For anyone questioning my review, I have all the evidence I need to prove this business are a bunch of criminals. So if the crooked owner or manager gets on here trying to delegitimize my claims. Email me at ** I'll give you everything you want to see. I ordered 50 pairs of shoes, everything went smooth, no issues. At first. They finally sent them to me.

Upon opening the box, some of the high dollar shoes had lids ripped off the shoe boxes (which knocks the price down significantly for Nikes). And I did a count and only received 44 pairs. My receipt clearly states 50. So I called and talked to sales. I was told, they would give me a refund for the shoes I didn't receive. 2 weeks went by, and I heard nothing. They have caller id, so I called again. No answer, I left multiple messages over the span of 2 more weeks. I then decided to give it time. And I tried to call again. I never heard back again. So I decided to email.... The manager I spoke to is an absolute POS.

I'm a single father with a teenager and two kids. I scraped the last bit of money I had together to get these shoes and start a business. This guy for 3 weeks has drag me along saying he would pay me my money back. I tried to be patient, I tried to be nice, and even got my attorney involved to try to mediate. He just made excuse after excuse. He lied multiple times and said it was sent. Then said oh well just wire transfer. I asked for confirmation, and he said tomorrow, and the next day, and the next day. Thes people are absolute CROOKS.

Now I'm filing with the Better Business Bureau, and going to court to get a full refund. DO NOT EVEN THINK ABOUT DOING BUSINESS WITH THESE PEOPLE. He told me, "we're a top rated company, you're being ridiculous". What's ridiculous is a company that claims to be top rated can't refund 400 dollars for a mistake they made. And he tried to make excuses saying it was Fed Ex or UPS who messed up. Funny part is.... My salesperson said it was their mistake, and the shoes wouldn't fit in the shipment. I was at first told the shoes were coming. I waited and they never came. When you can screw over a family man, a father who has kids. You're a POS period.

BILOXI -- I've been buying trucks for 15 years, I have tried most companies in past from auction sites to liquidators. A friend who has an auction house mentioned GBY Liquidations, so I gave them a shot. I called and spoke Gabrielle. Told him I was looking for athletic shoes and clothing. I purchased a mix Nike, Adidas, Reebok, ASICS, Brooks, Mizuno package and clothing.

Great to finally find a company that ships what they actually promised. My inventory arrived with tall pallets of clean merchandise. All boxed new shoes. The clothing still new with hangtags. I have sold 90% of my load, have three pallets too left to sell, but I already more than doubled my money. I just called them back and ordered another truckload. It has been a pleasure to work with these guys.

BILOXI, MISSISSIPPI -- I started with a 5 pallet deal, did ok 25%-30%. Something was wrong but they explained that and I knew what to expect. A lot of what was wrong was simple things. I got a laptop in one of my pallets and only thing wrong was battery. I called manufacturer and got a replacement. So then I bought a 1/2 truckload a lot cheaper and made more money. My average pallet price was cheaper. I bought a full load of General merchandise heavy in overstock and new. GBY has been a great asset. I bought from direct liquidation. Got junk, I tried B-Stock. Got more junk. All picked. Nothing worked. Very happy with GBY and products clean and untouched.

Some advise to new folks in the game: save your money. Try to buy a small load, pallets are risky in my opinion and your average is higher. I find that when I get a load the damage seems to be a little lower. I think it's like gambling. The odds are in your favor with truckloads. My last piece of advise: you can search the internet, read all these different reviews and drive you crazy. These guys have earned my business and I will continue to buy. The tool loads are great money makers. Good luck.

BILOXI, MISSISSIPPI -- I have a export business in Miami and have been buying from GBY Liquidations for the last 3 years. They always take care of me and have had great service and merchandise. I buy Athletic shoes & clothing Nike shoes adidas and mixed shoes from them. Good stock always. Just got my load of shoes and it was perfect. Thank you guys! I just buy 20,000 pairs of Aeropostale sandals perfect new with tags.

BILOXI, MISSISSIPPI -- Received a truckload of Target overstock. Dave has been a real asset to us, being very helpful although it took us several months to come up with the means to buy a truck. We got 26 very generous pallets, as described, and have profited well off them. Thank you for helping us and guiding us! P.S. these other reviewers must be competitors trying to infringe. Pay them no mind - these guys are very well put together.

BILOXI, MISSISSIPPI -- Dave ** was a super nice guy until he got my money. I ordered 4100 dollars worth of Nike clothing and they told me it shipped out. Four weeks have gone by and now they don't even respond to email or phone. Never were able to even provide shipping company. Be very wary of positive reviews on this company. They come from internal people! The stealing people's hard earned money and not delivering. Don't buy into Dave's lies. Now I have to go through attorneys and courts to try and get my money. But I won't quit! This isn't right!

This Trent person is a known scammer (so we are discovering). Tells people that you took his money, when in fact the merchandise is either en route, or delivered - somewhat similar to what many Paypal sellers go through, except different mode of payment. He buys from our competition, thereby making us an easy target for his lies.

I have screen shots of his conversations defaming us just minutes after paying, and even after I provided him tracking!

Contact our company for proof of his delivery. Anytime. Together, we can stop fraudulent buyers like his guy!

BILOXI, MISSISSIPPI -- Man, I've literally been in this industry for 17 years and have been buying truckloads for 9. Now, I know that people out there are cherry picking the heck out of loads for their own benefit, which puts a big cloud over the industry. GBY Liquidations has been there for us when all avenues failed us, providing us with not only product that moves well in our flea market, but consulting us on other product that may work in our market and some interesting ways to sell product in other channels. I appreciate you guys, and will be emailing you our next big order first part of March!

BILOXI, MS -- I wish you all could see the Ripoff Reports on these guys - I learned the hard way that there are still horrible people in this industry who want nothing more than to overprice trash. The first and last load I bought from GBY Liquidations was literally what you would find in a box store dumpster - yet it would put out as a "premium load". They may have paid someone to push down their Ripoff Reports to page 4-5 of Google, but clearly these guys are as shady as their reports suggest.

Replies
Review Link:
Brokers who pretend to own their deals

BILOXI, MISSISSIPPI -- This company pretends to be an authority on wholesale goods, but really what they do is purchase from other actual wholesalers then upsell. Most of this garbage you can find sitting right behind the dumpster at Walmart, or even the Dollar Store. I kid you not. Buyers beware, these guys are nothing you want to waste money on. 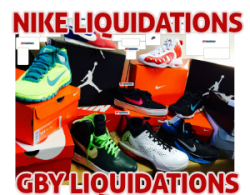