PLANO, TX -- On 4/24/2020 I ordered 2 pizzas from Little Caesars online to be delivered. I entered my phone and home address online. LC delivered my pizzas to an address I lived at 10 years ago! Why? The LC online system is so inept that it overrode the address I entered and used my previous address which it identified by my phone number. When I contacted the manager of LC at Independence/Parker, Plano, TX, he said it was my fault and took no responsibility. He was horrible on the telephone and could not have cared less. What a terrible company!

FORT WAYNE, INDIANA -- Special large cheddar cheese pretzel pizza for $6. Pizza was burnt, pretzel crust was non-existent, cheese sauce was watery and burnt crust was painful to chew. In 50 plus years, of pizza eating from frozen to gourmet, this was the absolute worst. :(

PINE BLUFF, ARKANSAS -- Waited in line for pizza that was supposed to be hot and ready! I will not be going there ever again. Service was ghetto and rude!

ST. CHARLES, MISSOURI -- This company, from corporate to the franchise level is just a way for someone to get money fast. Any idiot who has a step-father that has $60,000 can open a little Caesars franchise, then make his hard working managers work their asses off to keep labor at 12% while they undercut those managers hours, make them work with minimal crew, and pay them. If they're lucky $8.25 per hour (don't ask for a raise because they will tell you that you need to take on more responsibility and that they're still a new business and they can't afford it. They can afford it when they have their employees working off the clock, just so they don't lose their jobs in the name of making a few egotistical kids very rich by giving them large salaries for doing absolutely nothing).

They start their store managers at $25,000 per year and they say it's 50 hrs per week but it's a lot more if that store manager doesn't want their boss all up in their ass about why labor was so high if it's at 13% (that's unheard of, most food industry chains would bonus the hell out of any store manager who consistently put up between 12-14% labor as an hourly manager). It's okay for the SM though because they can be lazy and self entitled, getting off by telling other people what to do while they go sit on their asses listening to am football channels in the office, or just yell at you because you haven't done the work of 2 people on your shift, then ask you to go clock out but still work.

I worked for this company for way too long, worked off the clock to "help" them, basically ran the store and all I got was empty promises, poor, burns, and marinara stained clothes and shoes... oh yeah, at Christmas we did get a bonus, enough of a slap in the face to let you know that all those underpaid hours you worked off the clock DID in fact go unnoticed. Do yourself a favor. If you are looking for a job, keep looking.

Replies
Review Link:
Advertisement
It's Sad That They Rip Off Customers When They Made An Error!!
By fresnocalichica - 09/04/2009

FRESNO, CALIFORNIA -- I WAS RIGHT, THIS FEMALE IS PURPOSELY CAUSING ERRORS NOT ONLY TO ME BUT TO OTHERS AND LYING ON TOP OF IT. OMG!!! How she lied to her boss to say I wanted a complete refund of my order, OMG!!! I just wanted to exchange my wings {I wanted BBQ NOT spicy} AND HOW SHE SAID SHE WOULD EXCHANGE THEM, NOT!!! SHE REFUSED AND THAT'S WHY I WAS UPSET!! I COULDN'T EAT SPICY WINGS AND I JUST ASKED IF I COULD RETURN THERE ANOTHER DAY SINCE IT WAS 105 degrees OUTSIDE, OMG!!!

AND OF COURSE THEY'RE GOING TO SIDE WITH HER BECAUSE IT IS CYA!!! AND THEY DID I STILL DID NOT GET A EXCHANGE OR REFUND!! They don't want to lose any profits they truly do burn people/customers at this site AND YES I WILL LET ALL MY CO-WORKERS KNOW AS well AS FRIENDS AND ACQUAINTANCES!!! Omg!! Little Caesars are a scam if they make any errors!!! PRIOR COMPLAINT!!

I telephoned an order into Little Caesars (I ordered 4 $5.00 pizzas and 2 BBQ chicken wings and 1 jalapeno cheese bread}.. As I picked up my order I also ordered 2 2-liters Pepsi and a crazy bread.. I did not realize that the chicken wings were not BBQ wings so... I called and informed them they gave me the wrong order {they proceeded to keep telling me THERE WAS NOTHING THEY COULD DO ABOUT IT!! I even asked the 1st person there name and never did I get the young boys name and finally the "MANAGER got on the PHONE and also insisted there was nothing they could do about there error..

THIS did upset me I went back {{unfortunately I DID TRIP on the way in {on the carpet and dropped one of there wings in the floor.. I do have 2 vertebrae in my back deteriorating and I do have corporal tunnel syndrome in my hands¦ as I caught my balance I went to put the other one down on the counter BUT it unfortunately slid off and as the manager came around the corner it collided with her}} when I entered the building NO ONE WAS AT THE counter "one person was IN the BACK making pizzas".

SHE REFUSED TO GIVE ME ANY ASSISTANCE ON THE PHONE OR IN PERSON ABOUT THIS ERROR, I do BELIEVE THIS FEMALE IS PURPOSELY CAUSING ERRORS TO CUSTOMERS AS LIKE TO MYSELF and refusing to fix them.. I feel she is making many errors and dont want to accommodate the customers I am fully aware I am Not the ONLY ONE to have this complaint to this particular site.. THANK you.

WEST ST PAUL, MINNESOTA -- On August 27th 2009, I went to Little Caesars Pizza on Robert St in West St Paul, Mn. We ordered Pepperoni pizza, cheese bread, and hot chicken wings. we were given crazy bread for free because we had to wait for 10 minutes after we ordered. After eating the food. Both myself and my 8 1/2 month pregnant fiance got food poisoning. We both threw up and had diarrhea. (I apologize for being descriptive but I want everyone to know what we went through so they don't have to.)

Today I went back to Little Caesars to complain about the quality of the product. The manager that I spoke to refused to give me my money back when I asked to. he said it wasn't their policy. He said the only thing he would do was take my number and name. The man then told me if I didn't leave he would call the police on me. I left my name and number and left. I urge anyone that reads this never to go to Little Caesars again in St Paul or any city.

WAUSAU, WISCONSIN -- I am a customer of this little Caesar's pizza and I also happen to be visually impaired. Well I call and place an order with them for delivery and when I get done telling the lady what I all wanted she asks when can I pick it up. I then stated that I wanted it for delivery. She then says that we don't deliver and that in order for them to deliver it has to be a group order.

I ask how much would it have to be and she states $40 or more. I was so furious because in the past it used to be $20 or more for lunch hours and $15 or more for evening hours for delivery. I really find it sad that there are places like this that only the fully sighted with cars are able to have their service. This kind of unfair service needs to stop.

They frequently have this program for $5. Pepperoni Pizza which is only for Meat Eaters. I would come in, tell them I am a Vegetarian and request they substitute Mushrooms for Pepperoni, they always did this from 1990 until 2006 which worked for me. I suggested they offer Pepperoni and Mushroom choices to accommodate Vegetarians & Meat Eaters. They never did, but they accommodated me. Now, however, when I go there (since 2007) I am told ONLY PEPPERONI and that a Vegetarian Pizza would cost me $13.00, what a markup. I have tried this at several Little Caesars Pizza establishments, and no-one will substitute Mushrooms for Pepperoni.

LCP clearly discriminates against vegetarians. I refuse to ever shop at Little Caesars Pizza again because THEY ARE NOT VEGETARIAN FRIENDLY with their SPECIALS. I urge all Vegetarians to Stand Up against the unfair practices of LCP and stop doing business with them until they offer specials to accommodate meat eaters & vegetarians. Boycott them until they do. 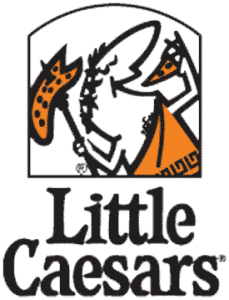