In May 2005 I submitted an online inquiry to the Mood Beverage Corporation requesting more info on the business. The "President" contacted me back and gave me some details. The company supposedly had a new line of energy drinks and investors were asked to deposit money to reserve a "territory" for a distribution of the product. I was told the company already had several distributors on the west coast etc. I was also told that a Mood representative would come to my town and help establish my first 100 accounts, as well as provide advertising and other startup support.

I deposited a total of $5500 with Mood with all monies clearly stated to be refundable (both verbally and in writing) if a formal contractual agreement was not reached within 21 days. After further thought and research, I opted out of the business and requested my money back in late May of 2005. Nearly 2 years later I am still owed a huge portion of the original money I deposited.

In the summer of 2005 I was told several times I would have my money by specific dates set by the "president" himself but he continually ignored his own deadlines. He basically avoided me for months. I then began to contact attorneys and filed complaints with the Better Business Bureau, as well as with the Attorney General in Ohio and California, and the Department of Corporations.

By early 2006, "the president" had been run out of California and tried to restart his business in Myrtle Beach, SC. The Ohio Attorney General began to get involved and spoke with him several times where he then proceeded to lie to both them and myself claiming he was going to pay me back. I filed a complaint with the BBB in South Carolina and it must have disrupted his plans because he finally began to contact me again. He gave me a sob story with several excuses and promised again to repay me. In February of 2006 he sent out a bogus release of territory form which he claimed he needed to do in order to repay me, and stating that he owed me the $5500.

In the summer of 2006, he sent out a promissory note stating that he was going to repay me in payments of a minimum of $1000 each month until I was paid off. Late payments were to be subject to interest charges and attorney fees I would incur attempting to get my money back were also to be included.

Finally in the fall of 2006 I received a payment of $500. This already violated the agreement but I was happy to get some money so I tried to be patient. I received a few more $500 payments but each was late. I was then told on more than one occasion that he had been approved for more financing, or that he had a new bottle for his business, or another excuse... and that he was going to pay me in full on a certain date. These turned out to be more lies.

I received a payment in January of 2007 and then when the time for the next payment came I told him beforehand it was due. He said it would be sent and it was not. Then he even claimed a payment was sent out but never provided me a tracking #....because it wasn't sent. Next he again claimed he would pay me the full amount again but lied. I have tried to be patient but after 2 years of his lies I have had enough.

I have learned of at least 2 other victims of this fraudulent company. I have spoken with people in New Mexico and Oklahoma who have had similar experiences with Mood and he owes them a total of around $40000. Complaints have been filed with the FTC and FBI and Mood have actually been ordered to cease and desist business in the state of Oklahoma.

Nearly 2 years after all his big claims on what this business could do, you still cannot even purchase the product he was trying to get me and others involved with. I am seeking to regain my money and/or put and end the fraudulent business practices of this company 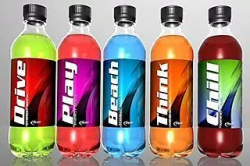