JACKSON, MICHIGAN -- I have an understanding that Ovaltine was the maker of PDQ which was in the 60s and 70s and maybe a little beyond that time frame. My mom used to buy PDQ every week at the grocery store and I would sprinkle it in my ice cream. I'm now 50 years old and I have been hunting all over for PDQ for some years now. Now I'm informed that it is no longer made and it was made by Ovaltine. If this is the case, why was this discontinued? Everything good is always discontinued. I won't even try Ovaltine because I know it's not the same. I crave the crystals! Please bring PDQ back! I don't think you will be sorry. It was awesome!

OVALTINE - Great in the Granular Form, but Terrible in the Powdered Form

NEW ORLEANS, LOUISIANA -- What happened doesn't make a bit of sense to me. The original granular form of "Ovaltine" was a fan favorite. Growing up, I found most households had it for their kids. However, the "new Ovaltine" only comes in powdered form. I know of nobody that buys it. It boggles the mind.

The new kind of Ovaltine that is powdered doesn't even come close to tasting like the old granular kind of chocolate drink. As a matter of fact, I used to sprinkle the old version over vanilla ice cream for a fabulous dessert. So tell me, WHY did the Ovaltine people change something that used to be so delicious? I must say that changing it was a MAJOR MISTAKE. Until it changes back to its original version, I will NEVER purchase, Ovaltine again.

GLENDALE, CALIFORNIA -- Have you noticed that Ovaltine no longer nicely dissolves in your milk? It's more powdery than that nice granular formula. You have to stir it like crazy for it to even blend with the milk, and even still it sits at the top of the glass in clumps. It's like trying to mix hot cocoa in milk. In addition, every time I pull the lid off to make a glass for my kids, it always has a fishy odor. It's so obvious that they changed the formula. Why do these companies have to constantly skimp the consumers to save a buck? 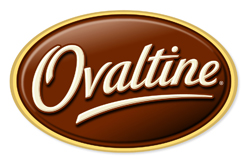