I went to Walgreens on November 7, 2010. (I still have the receipt). I purchased Lipton PureLeaf Iced Tea. I sat down to consume it with my dinner. After the first gulp, I thought the tea tasted sort of lemony or citrusy. I thought that was odd, but I just knew in the back of my mind that there couldn't be anything possibly wrong. (These things don't happen everyday. At least, it never happened to me). I was also eating dinner. After around the 2nd or 3rd gulp, I still wondered why the tea didn't taste like it normally does. This is my favorite store-bought iced tea. I buy it all of the time!

I begin to notice this ammonia like taste behind the citrus taste. I shook the bottle up and noticed that there was a lump in the bottom that wasn't moving or loosening up. It was a dark lump with a cloudy halo. Also a furry substance floating at the top of the liquid. I called my mother and daughter to take a look at it, panicking and screaming, "Oh my God, what is this? What is this I'm drinking?" I took pictures of the bottle, the bottom of the bottle, date and all. I also filed a complaint at Walgreens. It has been two days but I haven't gotten sick yet. I pray that it stays that way.

By the way, I never buy PureLeaf "lemon" ice tea because I don't like lemon in my ice tea. The bottle (that I still have) says "sweetened" and it is regular ice tea with no lemon. How did a lemon slice get in there in the first place? The lump looked disgusting! I don't think I can bring myself to buy this tea anymore. This lemon could not have just affected my bottle. It had to have contaminated a lot of bottles at the factory where my bottle came from. If I find that they have people on this board trying to discredit anybody about this problem, I will never drink Lipton tea again. I can only think that the company may be behind that.

I THINK THAT PEOPLE KNOW THE DIFFERENCE BETWEEN CRUSHED TEA LEAVES AND MOLD. It doesn't take an English major. I saw how a lot of you responded to that other lady, "Sick as Hell". How dare you insult her intelligence. I am just glad that I am not the only one who experienced this. That lady didn't have to blog us to sue the company. All she had to do was inform the company, but she also decided to share this even with us. I believe her. Now I just need to find an address so that I can make the company (Lipton) aware of what is going on. (As if they don't already know).

I see that there are a bunch of fake, whole-hearted supporters of Lipton here. You are only bystanders in the matter and haven't witness what I have seen firsthand. Your judgements, as well, are disregarded and are irrelevant. My whole family was able to recognize the lump for what it was. If I didn't purchase as much PureLeaf Iced Tea as I have in the past, and if I was used to having bad experiences like this, I probably would have looked past the label and saw through the lump through the brown liquid. (I was also looking at TV).

Sometimes I purchase the tea when it is cold and has ice in it... not fuzz. Unfortunately, something like this situation was far from my mind. It was unexpected, but I will know better than to take these things for granted in the future. I never placed the blame on Walgreens, but filed a complaint because it was important for them to know. Now let's pick... whose side are you on Walgreen's or Lipton's? I really don't care which one it is. I just know that I don't want a rotten, black, lemon slice in my regular ice tea. THAT WAS THE POINT. The lemon was clearly see in front of the light and after the "stuff" settled a bit.

I am informing both sources because I don't know where the lemon came from. I don't buy lemon tea. I don't know if Lipton put slices or lemon flavor. That is besides the point and not for me as as consumer... to defend that point. You customers seem to be offended. Something that I find quite odd, since I too am a consumer. You people need to read these posts better. You address issues that were not even an argument. Uneducated much (in the mundane things), or just pretending to be stupid?

First of all, it is all of you who have the attitude. (Do you not like when people respond in like?) I don't have to save my attitude because I have a right to have one. If I drained the bottle and put the substance on a paper towel for you to see (Something that I am not going to do), you'd still say it was something else. Even if the world and a lab told you otherwise, you'd say the same thing.

I am not convinced that you are consumers. May of you are bogus. I am going tell of my experience and I will not be purchasing any Unilever, or Lipton products anymore. I like and respect ethical companies who own up to things. Companies recall things all of the time, but at least they care about their customers and the quality of their products. Good customer service requires empathy and an apology. Thank you.

By the way, I wasn't going to respond again, but I was advised that I should leave the public with this information and I concurred. I called Lipton and they believe it may have came from their plant. In other words, they do have lemons at the plant although they probably don't leave it in their tea while rotten or otherwise. I appreciated the customer service... but I still think you are purposely put here to discredit people. How disappointing... 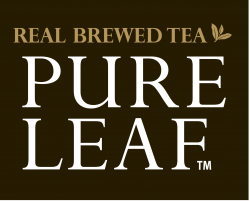