NORTH CAROLINA -- To my knowledge as of year 2006: "Horrible" customer service! In year 2004 there was an honest, efficient, and friendly person working there in customer service. I had a good experience in 2004. Persons employed in their workroom were skilled at custom work. I purchased and had several custom made items produced: 4 chaise lounge cushions, 8 chair cushions, a few throw pillows, placemats and TWO 9' umbrellas! Everything went well... However upon my return to do business with this company in 2006 I needed to replace the frames to my umbrellas.

I called and could not reach anyone and since everything went fine in 2004 I went on and ordered 2 umbrellas (though I only needed the frames) online because they were not showing on their website that I could order ONLY the frames for replacement therefore I had to order the complete umbrella. Also, since my original custom order was my fabric not one of theirs.

As a professional decorator I knew I could easily switch the canopy out on them when they arrived, as I said I only needed the frames. (I thought using the same company I had do all of the custom work and originally purchased from, I'd receive great service from... Well I was wrong... Nothing could be further from the truth.)

When they arrived they did not fit. In fact they are not even the same size! They are not 8 ribbed 9' umbrellas! I called and was given the runaround by a NEW person working in customer service! She gave me a very lame excuse,"They had a fire and after the fire they changed companies they were buying umbrellas from." That excuse doesn't make a 6 rib umbrella into 8 rib umbrella! Truly a much smaller size. I ordered a 9' umbrella!! They refused making a return and sending me the right size umbrella, when they were at fault in sending me the wrong size!! She was also curt and said had I ordered over the phone/call-in and not online they may have returned it!

That doesn't make sense, that would not have changed the size I ordered which was 9', and the fact that they sent me the wrong size and refused to return it! I suggest: If you buy from this company or its affiliates, plan to keep your order regardless of their mistakes in sending you the wrong size etc. Obviously they do not care about repeat/return business or keeping good customers, and have no problem lying to customers at the drop of a pin if it suits them.

To this day and year 2010, I am still trying to resolve the problem and still cannot use my original umbrella canopies they made because they sent me the wrong size frame when I reordered and will not accept a return, and they have not responded to altering my umbrella canopies so that they will fit what they sent when I reordered. They made my canopies to begin with!! Now in 2010 they claim to have the original 9' frame that came with my original order in 2004. If I want to order and PAY again for new frames it remains at my RISK! They should send me new frames free of charge since they sent me the wrong size when I reordered.

If they make a mistake and send the wrong size again I still have to PAY for it! Even though they did not send me the correct size when I reordered in 2006 and that is why I am in this mess! What's wrong with this picture?!! Where is the INTEGRITY in this business? I am still waiting for a return call. Once it's paid for and they have your money whether the order was right or wrong on their part... They Do NOT Care... BEWARE.

Order from another company

MONTICELLO, INDIANA -- Luckily I only had a problem with my order of sample fabrics. I ordered 6 samples at $1.50 each but only received 4. My invoice listed all 6 so I called the toll free number and left a message. Over 2 weeks I left 3 voicemails and 3 emails asking for someone to call me so I could get the additional 2 samples and place a substantial order. When I called again, I received a message that the mailbox was full. Thank goodness I didn't place my order and I am only out $3.00.

Replies
Review Link:
Something has happened at Summer Living Direct
By alka64 - 04/26/2010

MONTICELLO, INDIANA -- I have been ordering MANY cushions, yearly, both standard and COM from this website since 2004! All of a sudden no calls or emails are being responded to, and as of today, the mailbox is full. Something has happened. Also have tried to find business info with the State of Indiana to no avail.

MONTICELLO, INDIANA -- Very frustrating experience with Summer Living Direct. It appears on their website that you can order stock items or custom. That is not the case. Evidently everything is custom and NON returnable. No one from Summer Living Direct reaches out to confirm your order and validate the non return policy on what appears to be a stock item. They will not work with you on returns or finding a Win win solution.

GLENDALE, ARIZONA -- I am not sure how a company like this stays in business. I purchased replacement cushions for my entire patio set. After receiving no confirmation about order status, I received the items box by box over a period of time. BEWARE - They ship via DHL and will drop off the merchandise on your front porch whether you are home or not.

I received all the items EXCEPT the chaise lounge cushions, which DHL showed delivered. It is not out of the realm of possibilities that they might have been stolen given DHL made no effort to place the boxes in a less conspicuous area on the other drop offs. (And mind you - I have never lost anything I have ordered online.)

When I emailed (about 4 times) and left 2 messages about the issue, never heard back other than them sending me the DHL delivery confirmation. Finally got a hold of a **, who told me to file a complaint with the HOA and have my homeowners insurance cover the lost 160.00. Called my credit card company and disputed the 160.00.

As far as the other cushions went, little larger than promised for the love seat, and smaller than I needed (despite measurements) for the individual chairs. ALSO - NO TIES! Not sure how they expect you to keep the cushions on the chair. Needed to take them to a seamstress to add ties. HORRIBLE customer service, HORRIBLE follow through, HORRIBLE resolution to issue, HORRIBLE experience. Future, I will go to local patio store and have them done there. Might cost me 150.00 more total, but worth not having the hassles.

I have been very frustrated with the customer service. I had two orders with the company. The first order I did not receive all that was on the packing slip, I was missing an umbrella. I called customer service over 30 times trying to get the rest of my order. They would always tell me that they are checking on my order and would call back within the hour. I would never receive call backs. I have emailed them numerous times, never receiving a response back. After 2 months from the time my original order was received, I finally received my umbrella. Their excuse was that it was lost on the shipping dock.

My second order, I ordered 6 cushions and they were the wrong size when I received them. They were 2" shorter than what I had ordered. I sent them back and have not heard anything. It has been over 2 months since I sent them back. I have called daily for the last month and have never received a call back. The cushions that I have received on other orders have been very nice, but their customer service has been enough that I will never order from them again.

ROSEVILLE, CALIFORNIA -- I ordered replacement cushions from Summer Living Direct on May 8, 2006. My order had special instructions for buttons and extra ties and where to put them. The order was shipped out in the 3.5 weeks as they said it would and took another week for delivery which they said it would take. I received the order on June 9, 2006 and the buttons were the right color and the extra ties (no extra charge) were placed exactly where I wanted them. The cushions are exactly what I wanted. I will be doing business again with Summer Living Direct. 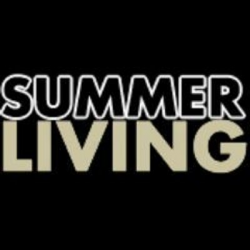