Most Popular | Newest | More Options >
[X]
More filter options:
Buyer Beware - Frank Is Unprofessional, Egotistical, and Has No Regard for Customer Service/Respect
By cubbies3399 - 08/12/2011

POMPANO BEACH, FLORIDA -- I drove for four hours to get to the dealership AFTER calling them BEFORE I LEFT giving them plenty of time to prepare the vehicle for showing it to me. I get there, look over the vehicle for some time, then I get to the engine. I open up the air cleaner and there is a huge mouse nest that filled the air filter/cleaner compartment with a two-inch hole through the air filter. No windshield washer fluid in the reservoir, also, so I couldn't test that if I wanted to. I refused to turn on the engine to test the vehicle not wanting that garbage from the air filter compartment to get sucked up into the engine.

These things are a lack of attention to detail and are so simple to fix. Taking the 10 minutes BEFORE the customer gets there to fix stuff like that would leave a "better taste in the customer's mouth" making them feel better about spending thousands of dollars at their dealership. The man, Matt (Frank's nephew), who showed me the vehicle was very nice, professional, and sympathetic with me and apologized to me for the inconvenience.

We go and talk with Frank about it and blows it all off like it's no big deal - "Don't worry, the engine will just burn the stuff up" were his words. Ya, I don't think so. If I were to go plant a rat's nest in the air cleaner compartment of his vehicle he would be throwing a fit. He said that they would take care of it. My point is that they had plenty of time to prepare the truck for viewing and this presentation of the vehicle was absolutely unprofessional for a dealer asking MORE than retail book for the truck.

I told him that it looks like he is getting ripped off by Carfax because they are not revealing the full details of the car. Oh boy, he didn't like that - you could see his blood boiling. You see, when it comes to Frank, he can dish it out, but as soon as you call him on his BS, he goes ballistic. Very unprofessional and someone who is very unpleasant to deal with.

Frank is extremely arrogant, egotistical, and full of himself. He has no care in the world for inconveniencing a customer. He demands excellent condition retail or more than retail for his cars when they are not in excellent condition. He says that they buy their vehicles for higher prices. Please don't be fooled by that typical auto salesperson jargon. If they purchased their vehicles for near retail and tried to sell them for a little higher they wouldn't be in business! BUYER BEWARE!!! Take the time to find a different vehicle from someone else and buy it from them!!!

POMPANO BEACH, FLORIDA -- After receiving this vehicle it was all too apparent that this Vehicle was in fact involved in a M.V.A. Front collision of sorts that did not show up on the vehicle history report provided through eBay. After inspecting this vehicle many problems have surfaced. I find it VERY HARD TO BELIEVE that this dealer did not pick up on.

Aftermarket parts installed. No holes or bracket to mount front license plate which is required in the State of Connecticut being that it is in fact an aftermarket bumper, screws not anchored down properly under hood for aftermarket fender which was installed, screws missing also under hood. Aftermarket radiator, right headlamp pointing up in the air, rear window defroster not working, serpentine belt is shaving.

After bringing certain things to their attention, they tell me after the fact that the only things that were done to the vehicle was a new window motor and a new alternator which was NEVER DISCLOSED when buying the vehicle. Not to mention the two different color paints on the vehicle from the front driver's door to the front bumper. Something as I told you warned me not to purchase the vehicle from them. I wonder if it was the "F" Rating that they received from the "BBB". P.S. This dealer has FAILED to respond to the BBB on the complaint that I had filed with them. EVERYONE BEWARE! "DECEPTIVE PRACTICES." This vehicle was not as he lead it to be on eBay.

POMPANO, FLORIDA -- Hello all! Just wanted to drop a quick note to share a great recent experience with everyone. I was shopping very hard for a Jeep Wrangler Sahara recently. It was a gift for my son so it had to be just right, had to look a certain way. You know what I mean. Well after an exhausting local search that didn't result in what I was looking for I went online. I found exactly what I was looking for but I live in Michigan and it was located at Century Motors in South Florida! Now I can't go flying willy nilly around the country looking at vehicles and buying one without seeing it in person scared me pretty good, I will admit.

After reviewing the many well taken photos and excellent description I read the accompanying story of Century Motors and its owners Frank and Gina. I decided to give them a call and spoke with Frank. It didn't take me long to get a good feeling about doing business with these folks and it was the best car purchase decision I ever made. Frank and his staff handled the shipping and everything and treated me as if they were taking care of a life long customer that lived next door. Everything went flawless and when I received the vehicle, I swear it was even BETTER than the pictures I had already conjured up in my head.

There was a small problem with the blinkers and when I called to make Frank aware, he immediately put me in touch with his head mechanic Greg. Greg shipped me what he believed I needed to correct the issue and followed up with a call several days later to see if I was happy. The part he sent corrected the issue and everyone was so friendly and helpful from the first hello to this writing that I would not hesitate to buy a car from these folks again. I will probably go out of my way to do business with them again. Thank you, everyone at Century Motors. Keep up the great work!

I was sold a LEMON by Frank and Gina of Century Motors of S. Fla. They were perfectly sweet until the payment came through from my bank. The impression I have walked away with is that ONCE THEY HAVE YOUR MONEY, THEY ARE DONE WITH YOU!!! I am not exaggerating when I say that the car starting acting crazy THE MOMENT I drove off the lot. I called Frank's cell phone immediately to let him know that the transmission has issues. He told me to bring it in the next day. They supposedly were going to have it fixed.

It took calling every day for a week before I could finally get the car back. Every time I called (several times a day) I was told that they would get back with me. They do not call back. These people seem to have an aversion to dialing. When I finally got it back the transmission was still all jacked. I finally took the car to the Volkswagen Dealership and was told that the transmission was completely shot and needed to be replaced.

From day one I had issues and they acted totally unconcerned. I asked for a refund and was told by Frank that he would get back to me. Which of course he did not. Every time he said that he would call me back was a lie. The impression I have walked away with is that ONCE THEY HAVE YOUR MONEY, THEY ARE DONE WITH YOU!!!

POMPANO BEACH, FLORIDA -- Was sold a 2003 Chevy S10 that was assured only had 59,000 miles and mechanically excellent. "Don't worry, you'll love it." After 2 weeks and 800 miles, engine blew and upon engine pull revealed extensive rework had been done and "59,000" motor was not in any way reality with engine having had recent bottom end work and milling on top end to end of tolerance.

FLORIDA -- April of '06 I inquired to this dealer, Century Motors of S. Florida, about a car that didn't sell at auction. The dealer told me what he wanted and after I asked all the right questions about the car, he said it was in showroom condition. When I asked about the disclaimer at the end of his ad, he said "don't worry about that, I guarantee that you'll love the car." He then said "we won't go through eBay, that will save money." What did I know, this was my first internet purchase, the seller knew this. When the car was delivered, it had a bad differential, leaking, rotting top, poorly repaired accident damage, broken lights, and other lesser problems.

For months the dealer denied anything was wrong. When I tried to use his money back guarantee, he and his wife changed the terms twice and finally said I had no guarantee because I didn't call the instant I got the car, instead of 8 hours later. He never returned a phone call or email. The dealer finally said that the rear end may have been damaged because the transport company chained it down too tight!!! Bottom line, don't buy a car that has a disclaimer, or if the seller doesn't want to use eBay. Go see the car, remember these guys are car salesmen, remember the jokes. I lost over $2000 to this guy. 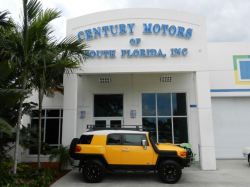