I headed down the hallway at work this morning, and made my way to the break room to make some instant oatmeal for breakfast. I usually use the generic brand 8-oz. styrofoam cups as a measuring device, since the oatmeal packets call for 2/3 cup of hot water. If I took nothing else away from my days of imprisonment inside the walls of the educational system, it is that 8-ounces equals 1-cup. So I fill the cup about 2/3 full and presto! Therein lies the problem. There were no styrofoam cups this morning.

Now whether the vendor in charge of styrofoam cup delivery is to blame or not for going on a 3-day drinking binge, and thus neglecting to restock the beverage station, is an issue that has yet to be determined. That is neither here nor there. I was forced to use the last remaining disposable cup of any kind, which is represented in the attached picture. As I began filling the cup with hot water from the spigot on the front of the coffee machine, I began to notice that it was becoming increasingly unbearable to hold. By the time it was 2/3 full (remember the educational flashback), I was ready to drop the darn thing. It was as though I was filling the hot water in a clear plastic cup.

As I sit writing this review nearly 30 minutes later, my hand is still irritated and uncomfortable from the burn. I would like to think that a company who's mainstay is coffee, would have cups that are comfortable to hold while containing coffee or any other hot beverage, in this case...water. The fine print on the bottom of the cup reads "Careful, the beverage you're about to enjoy is extremely hot!" The beverage inside the cup is hot, but where's the warning for the cup itself to be scalding hot? A very poor product in my opinion.

SEATTLE, WASHINGTON -- My wife picked up an 11 ounce bag of this at Target the other day (it was around $8 and she had a buck fifty coupon taken off of that). We really like it. It has a smooth quality and a distinctive chocolate taste to it. It's good in the morning straight or with a shot of whipped cream, or at night with a splash of Chartreuse Elixir Vegetal (it'd probably be fine with just green or yellow) or some Grand Marnier if you're so inclined (the chocolate flavor will still come through). Not really tasty with Bushmills or Brandy.

They say you could also squirt some Hershey's in it, but I don't think it needs the extra chocolate. If you feel like something different than the standard Colombian in the morning, you may want to give this a try.

Replies
Review Link:
One Starbucks Store in My Area Consistently Makes the Weakest Version of a Pour-Over Bold Coffee I Have Ever Had.

RESEDA BLVD., NORTHRIDGE, CALIFORNIA -- I frequent five different Starbucks in my area of the San Fernando Valley in California. I can always count on a strong, (bold), coffee when I need to have the stores give me a pour-over in the early afternoon, (which is when most Starbucks do not offer any coffee but the weakest version of their various brands). But, one Starbucks on Devonshire and Reseda Boulevard, makes a dishwasher-version of bold coffee. It is atrocious, and even though I returned to the store and asked them to redo the coffee because it was weak they gave me the same dishwasher drink. This has happened to me before at this site!

The Starbucks on Sesnon in Porter Ranch, on Plummer in Northridge, and on Reseda Boulevard near Cal State Northridge all do a great pour-over, and whenever you ask for a bold coffee you get one. But this unpalatable version of a Starbucks can't seem to ever get it right. I will never try their coffee again. Can't corporation manage to provide directions and standards that all Starbucks meet? Better yet, why can't Starbucks include a review site on their website or allow customers who have a Starbucks card to write reviews about the different stores they frequent?

MOBILE, ALABAMA -- My name is ** I am a 40 year old female and I have never encountered such bad behavior by an employee by the name of ** in my entire life, I ask her if she was having a good day because she kind of handled my food very ugly as if she was angry. At this point she ask me to meet her outside and by this time after her yelling I said "do not play with me" and she was very unstable, rude and mean. Even when I called for the manager I apologized if I had come across wrong she still was very angry. She replied "you don't know what I'm going through'' so I told her about a situation I was going through to calm her down and she replied, ''Ma'am I didn't need to hear that."

I want something about this young lady, I am a loyal customer of this company, I'm a professional, and I work with the public daily. I have never saw anyone behave this way, I was embarrassed, hurt, angry and I was afraid by the time I left I was literally in tears. I know people have things going on but that's very poor. I will never go there again. I would hate to think this happens all the time. I really believe she was trying to provoke me. I did not go outside with her because I would have hit this woman, this was the degree of my anger and fe
ar.

ANTIOCH AND BRENTWOOD, CALIFORNIA -- I have decided to no longer patronize the local Starbucks. The service is good and the staff are friendly and courteous; however, three times in the past month I have received caffeinated coffee when I asked for decaf. This may not seem like a big deal for most, but for those of us who wear heart recorders because of a heart problem, it is significant. Where this one store, I would handle it directly with them, but it occurred at three different stores. This leads me to conclude that it's a common error, but not one that I can afford. Thank you.

NEW JERSEY -- I have been caffeine-free for 1 1/2 years now. I recently purchased a bag of Decaf House Blend in my local supermarket and noticed immediately that it didn't taste like House Blend, but was much richer. After drinking a cup at about 6:30 pm, by the time 1 am rolled around, my heart was about to jump out of my chest. The same thing has happened to me again this morning - my heart is palpitating like crazy after having a cup this morning at 6 am. This is the reason I gave up drinking caffeine in the first place. I take in no other caffeine - no soda, chocolate, etc. This has me pretty upset at this point.

MIROMAR BEACH, 32550, FLORIDA -- This Starbucks is located in front of the mall where I work and time and time again I choose to give them another chance to get it right. The only reason I continue to try is the location is convenient and I keep hoping for new management. There have been a few occasions where I have asked them to remake it and the manager always has an attitude about it. I order the same drinks at all Starbucks I frequent and this is the only one that can't seem to get it right.

WESTMINSTER, ARIZONA -- The Store #5647 in Westminster needs some serious help in keeping up with other Starbuck Store's around the country. Garbage cans overflowing and floor filthy, workers sitting on their hands. What a bummer for me.

FRANKLIN SQUARE, NEW YORK -- I ordered this a few days ago. After I drank the beverage, my stomach started to bother me for the next few days. I ended up having sharp stomach pains and threw up a few times. I know it was the drink, because I did not eat anything before or afterwards. 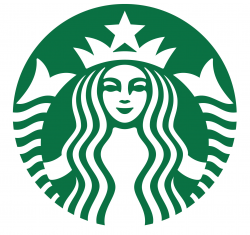