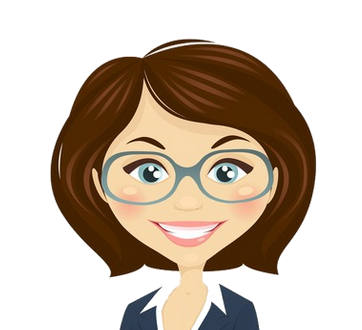 ANNAPOLIS, MARYLAND -- My Jenn-Air range needed a new circuit board (approx $300 and convection blower less than a couple hundred)
The range itself would cost approximately $4000 to replace.
A REFURBISHED Kenmore w/SOME - not all the “features” of my range would be $1400.
They offered me $299 to replace my range - refusing to repair it!!
I “Declined” the “offer” per the many “features” that supposedly are considered in determining replacement value.
First, I was told that they do not offer RETAIL replacement cost ( how would I get one wholesale??)

AND after reiterating the many “features” of my range -as well as asking them to reconsider repair- they finally agreed to give a lousy $650 for replacement!

I repeat- the cheapest similar range- a REFURBISHED KENMORE - not even having all the the features of my Jenn-Air was online for $1400 and after dispute they're giving me $650?
And by the way- it “may take 30 days” to get their check but if I cancel my policy before I'm reimbursed- the check won't be issued. So I must pay ANOTHER month for this BOGUS home warranty before I cancel.

Oh!! This is not the first time I've had an “issue”- they twice previously found a reason to decline a claim per bogus loopholes- but THIS is ridiculous and I will cancel the moment I receive my $650 which I will use to have the range REPAIRED - not replaced!!

EDISON, NEW JERSEY -- Choice has denied our A/C claim based on their allegation that the unit was not kept properly cleaned and over-taxed the compressor - but THEIR company they sent out 8 weeks ago cleaned the unit and we paid for that to be done 8 weeks ago. We also have only owned the house 2 years and had a realtor's warranty company clean the a/c units in 2017. So we have taken care of our mechanicals. We are now entering Week 2 of NO A/C in our upstairs. Bear in mind, it's 115 degrees here in Phoenix so our upstairs is about 90 degrees. After we were told that with the age of our smaller (upstairs zone) unit, we should invest in a warranty, we chose Choice Home Warranty.

Last May, our bigger unit needed servicing so Choice sent Company A to fix it and we paid extra to have that company to do a full clean & service of both units. When our upstairs unit quit working two weeks ago, we called Choice and it took them 3 days to get Company B out here; who said the compressor was dead so we need a whole new unit. Choice took 3 days to evaluate the claim, demanded photos of the unit, then denied the claim based on their allegation that we had not kept it well-serviced (their company did the service in May).

So I tapped on the APPEAL button and gave the copies of the check and invoice proving that we had cleaned it just 8 weeks ago. Glad we don't have little ones or elders in the house. We are sleeping on the floor of the den where it's cool, but if our downstairs unit falters, we are toast. Literally. SO DISAPPOINTED IN CHOICE HOME WARRANTY.

IRVING, TEXAS -- Cooling failed on July 17, called this warranty company and requested immediate assistance. Said that its' not an emergency even though AC was working and with 100 degrees outside. Had no response for 2 days and on 19th they scheduled someone and finally had a person from one of their affiliated service companies came on 19th and said that the Compressor was grounded. Called the warranty company for updates on this but had no response from either the companies till 7/23 - All the while my central AC unit (heat pump ) was broken and had to buy a portable AC just to breathe and live.

On 7/23, they sent their response - They did not denied my claim, saying that the compressor was grounded due to overheating but due to debris lying nearby which occupied just 1/30th of the total space. Not sure as to why the temperatures of 110 degrees did not come into the cause of overheating but it's their way of saying that the 'Compressor failed because the insulation failed due to being overheated by the debris lying around'. A truly bad company that will do anything to avoid a claim.

BTW, trying to reach their customer service or claim representatives or claim specialists is a nightmare. It took me 1hr to 3hrs to reach their customer service reps (as only they can see the updates on the claims) and since Friday (July 20th) had no luck at all. At the moment it has been 2 hrs since I am on the line listening to the great music and their self-propelled claims that they are the best company. Used this company a few times last year - for issues with small repairs and replaceable parts this company is good. THAT'S IT.

This company does not repair anything. All this company does is take your money and send people within the first week if you are lucky and if the repair is a small part that can be taken care of by the provider sent, then they are good. Otherwise a completely hopeless company. This company is only good for small appliance repair and for bugging people to renew their warranty. That's it. Period. Cannot do anything apart from that.

EDISON, NORTH CAROLINA -- Your claim will get denied every time, save your money! And if you try to actually talk to a live person, good luck. Emails, they're automated so forget trying to get an actual answer... Complete waste of money. No AC in July in NC...

CHESAPEAKE VA -- Oct 2017 Purchased a 3 yr contract paid in advance. A few months after called for service to change a light switch. I received an email that night stating a service provider would arrive the next day between 11-3pm. Took off work and one showed up. Called the electrician and when he finally answered he said he didn't have me on his roster. Called CHW and that took over an hour to get through. Issue was fixed. Just to make a point, this was a ON/Off switch. I called again for another claim and again no one showed up.

In total 4 days I took off work and the provider never showed up. I decided I cancel. The person I talked to was hostile from the word hello. In the end they said the total refund was less than 1 year. They incurred $318 for sending out the electrician administrative fees etc. With only 9 months with the company I was expecting 2 yrs refunded back to me, instead it is less than 1 years. DO NOT USE THIS COMPANY. HORRIBLE SERVICE.

RED OAK, TEXAS -- Filed claim in May 2018. Policy in effect for over 3 yrs. No other claims. Could not get through on phone lines, after pick up, phone lines at company lots of static while on hold. After several tries, filed online. Finally get a person to respond who stated they were not covered. I told them it was the diverters or something inside which are covered.

After a few days I cancelled as they were not going to honor claim. Got a call from supervisor who stated she was going to cover the claim as we had been with them a long time. The most they would pay was 500 dollars. We told her we already had the job done and it cost us 1300 dollars. I sent the proof for the claim and was told it would be 30 days. That came and went, no check.

6 wks later I emailed them again regarding the status of the check. Stated they cancelled the check as I was not current in payments. Informed them the policy was in effect and paid up when claim made. Requested appeal of decision. A case manager called and said I would have to pay 75 plus dollars to bring me up to date on payments. It is now 7-14-18. Then they would release the check. She said the only reason they were going to pay the 500 dollars was because I agreed to continue the contract. Told her that I never agreed to such a thing.

She put me on hold and then came back and said, "Well there will be no check. Your account is deleted now and we cannot issue you a check and will not". I informed her just before in the same conversation, we were told we would have to pay 75 dollars and continue the policy to get the check and now it is just gone.

Dishonest company and a waste of your money. All the warranty companies are scams and with little recourse when they take your money. We had been with another warranty company (AHS) for over 25 yrs, which is just as bad before we were promised better service with Choice. Do not let it be your Choice. Complete waste of money.

LAFAYETTE, LOUISIANA -- All I can say is that this is the worst company to do business with. On multiple occasions I have had to find my own repair service, and hope for a refund which is impossible to get. Do not buy a warranty from this company.

EDISON, TEXAS -- My air conditioner compressor was not working. After their technician came the first time, he replaced the compressor. The unit worked for a day and when the technician came again, he said it is normal wear and tear for a 11 year old unit.

After waiting for 12 days in Texas heat to contact the case manager, I spoke to her and her reasons were as follows: Locked and open winding which is not correct since the compressor is working but not circulating Freon. The normal life of a compressor is 14 years and since mine stopped working in 11 years so it not normal wear and tear. She had no other reasons and when I tried to get more specific answer I was told by her that she is not a technician.

TEXAS -- Put in a call for my A/C not working. Tech came out and said the system was leaking and would need to be replaced. He submitted his report to Choice. They immediately came back within a claim denial because they said it was due to corrosion which was excluded. I appealed and they just said I was not covered. Very happy to take your money but won't pay out. Wish I had read other reviews before signing up. Don't waste your money - SCAM.