They refused to do that stating in fine print "if the battery is discharged it voids the warranty." I pointed out to the guy that is exactly what a defective battery does, it discharges. I took pictures of this and will post along with a YouTube video. PS Google AAA Better Business rating; it is the worst rating possible. PSS We had to get another boost today to go get a new battery from Advanced Automotive. This is happening to people all over our country. AAA you suck!

CREAMRIDGE, NEW JERSEY -- I purchased a battery from AAA. They came out and swapped it. I thought the price was high but liked the warranty and the fact that it was from AAA so they would keep track of it on their system. Boy was I wrong. About two months after I purchased the battery my car was not starting, in the morning I tried charging it, and it would hold the charge for the day then the next morning the battery was dead. I checked the alternator and charging system in the car it was fine.

I called AAA. They sent out the truck with the battery tech, he hooked up his diagnostic equipment and advised there was a draw coming from the car and advised I should take it to the mechanic to find out what is pulling the battery down. I took the car to my mechanic who I have been going to for years, they have a stellar reputation. They advised there was nothing wrong with the car and that the battery failed the battery diagnostic test, it is defective. I spoke with AAA. They advised that if they send out a tech and if there is nothing wrong with the battery the call would be charged against my service call allotment for the year (that includes tows).

The AAA contracted tech hooked up his equipment in my auto mechanics parking lot, and advised there was nothing wrong with the battery, I advised it failed the auto shops test, he advised that I should leave it overnight and then ask for the test to be done again. Yeah another service call that I would go against what I had for the year with AAA including a tow. I told him to leave and had my mechanic replace the battery. I have not had any issues since so the AAA battery was defective and they did not want to own up to it. I have had the worst experience with AAA Car batteries and would never purchase one again. A TOTAL RIP OFF. SHAME ON YOU AAA!

PANORAMA CITY CA, CALIFORNIA -- I drive a 2007 Chevy suburban. I had to replace my battery in June of 2016. I was at the park and after my workout my car wouldn't start so since I had AAA I called them and within 45 minutes they had replaced my battery and left. Cost of the battery was $175 and included a 36 month free replacement. Fast forward to October of 2017 (that's 17 months after purchase) and my battery died again. Called AAA, technician came and checked and recommended a battery replacement. Since I was under warranty I told him to go ahead. Notice I didn't tell him about warranty until he started the process of changing the battery, so replacement was free and I went on my way.

Now fast forward again to January 6th 2019 and my car didn't start after only 14 months of replacing the battery a second time. Technician came and was super super nice and helpful and told me my battery was no good, so went ahead and replaced it for free for a second time. Now I'm no genius but it appears that AAA batteries suck given that a car's battery should last 2-4 years give or take. But I'm not complaining just yet given that they've honor the warranty twice already and I still have 6 months more of coverage under warranty. Not to mention that in the service ticket I was given today the original purchase date is stated as October 2018 which is when they replaced the battery for the second time which means that according to that ticket I still have almost 2 years of warranty!!!

That's great, I'm about to renew my AAA membership and happy to do so, but beware that not everything is so nice about the AAA service since they mostly hire independent contractors to answer the service calls. I read that a lot of these service contractors have denied coverage or refused to replace battery due to this or that, and I can see that happening as I myself was a victim or this bad service and neglect. New Year's Day my wife, daughter and I went to the park and after we finished taking some pics and playing the truck wouldn't start, so I called AAA. Technician came within 25 minutes, tested battery and alternator and said everything was fine, that I just needed to drive for 30 minutes to fully charge it.

At any rate today January 6th when I called AAA again and told the technician about last week and showed him the test results ticket he just laughed and said that the battery wasn't good last week and that the technician didn't want to change the battery for whatever reason, and he went on to explain the numbers from the test. So yes some technicians are bad and lazy and won't do their job seriously, but I'm still a AAA fan as long as they keep honoring their warranty.

HEATHROW, FLORIDA -- I purchased a AAA battery on a service call two years ago. Yesterday I had to call AAA because the battery failed in a supermarket parking lot. Service representative jump started my car, conducted some tests and told me though the battery was severely discharged it tested ok. I went home - put a charger on it - but still had same problem. The service representative obviously did not want to honor my warranty (3 year free replacement).

I took the car to Goodyear service center where we found loose terminal in the battery - leaking acid. I replaced the AAA pos with a Goodyear battery where I know the warranty is good. AAA has you in a vulnerable position during a service call. They sell you garbage at a premium price and should be investigated. BUYER BEWARE.

MARYVILLE, TENNESSEE -- An 82 year old woman suffered a stroke. Her auto sat in garage one year. While in Hosp, Her daughter came to assist her. The auto (Newer Honda) would not start, Battery dead from sitting too long. The daughter called AAA Maryville, TN. Billy from Foothills AAA came to fix. He sold her a new AAA battery although her Honda battery had at least 12 months warranty remaining.. (He took her Honda Battery.)

Approx 12 months later the 82 year old woman started to drive her Honda she discovered that the AAA battery was dead. The battery was removed, charged, it went dead in one day. Called AAA. They sent Maryville Foothills AAA, Billy came, advised he was the one who had sold the AAA battery. At that point he said he had to have the receipt to replace the battery. We objected, could not find the receipt. He called his supervisor, He told her He had replaced the battery, and it was in warranty. She told him to refuse to replace the battery, And if we found it later she would still not replace it. WONDERFUL PEOPLE.

BREA, CALIFORNIA -- This Review is for AAA Battery ONLY and not the roadside service. Bought AAA battery 27F due to the free replacement guarantee. It failed within 2 years. Called AAA expecting them to come out and replace the battery. They had me go to a AAA authorized shop to get the battery tested, was told not to take the battery out of the vehicle or the battery warranty would be void!

The AAA Battery failed again after 1.5 years decided to go to Costco for their 1st interstate battery. Saw a lady walk in with a dead battery and Costco gave her a new one on the spot!! No hassles. No TIME WASTED!! I would never buy a AAA Battery ever again. The prices are higher and the hassle they put you thru is not worth it. AAA you dropped the ball on this BIG TIME!!

WALDORF, MARYLAND -- Don't ever buy a battery through the company. Have been with the company for 19 years and I buy a battery have it for four months and they want me to go through hell and high water for warranty replacement. Membership will be canceled along with travel packages for the future. Two hours on phone and they ask me to go to AAA to have further testing during pandemic. Two supervisors and their contractor lied. Membership will be canceled or not renewed in August as well as me not booking another trip abroad then them. I will share my experiences through ever social media platform. When a company doesn't stand behind their brand.

SAN DIEGO -- I bought a battery from AAA 2 years ago. I called AAA to get a jump today when the battery died. The person who took my call said the battery was under a 3 year warranty and I could get a new battery. The mechanic who arrived saw corrosion on the battery and explained that because “someone had tampered with the terminals and broken them, the warranty was null and void”. I rarely drive the vehicle. I've been going to to same mechanic since 1992 and have never had a problem. The “warranty” was a disappointment. I had to buy a new battery today. We'll see what happens the next time I need a jump start from AAA.

INDIANAPOLIS, INDIANA -- I called AAA for battery service because one of our cars would not start. The car had been purchased used 5 days earlier from a reputable major brand auto dealer. They replaced the battery an hour before we pulled out of their lot. The AAA battery tech arrived, was pleasant and jump-started the car. After letting it run for 10 minutes, the tech tested the battery and told me it no longer would hold a charge and would need to be replaced. I balked at the replacement and decided to take it to a local auto parts store. They tested it and found it to be a good battery.

After talking with a AAA supervisor, I learned that the tech was not an employee of AAA and was a sub-contractor and received a commission for each battery sold. I no longer have trust in this AAA benefit and have them do nothing more than jump-starting the car if I should need it in the future.

LOS ANGELES, CALIFORNIA -- I purchased this Jeep with AAA Battery in October 2019. The Battery looked brand new with a 6/2019 sticker. I stored the Jeep in my Garage because of expired tags and after 1 week it didn't start. I charged it twice and it ran down in couple of days even in my daily runner. So I know it is not an electrical short but a defective battery. I called Customer Service and refused to HONOR the 3 year free replacement warranty even when I gave the serial number saying AAA only honors as long as the original purchaser has the car.

This is the latest scam AAA is running. You buy a battery from Autozone or Walmart, they don't ask for the original purchaser -- they scan the serial number and honor, if the battery is defective. Then they tried to sell me a AAA membership. DO NOT BUY BATTERIES FROM AAA -- They are overpriced and as many reviews say DEFECTIVE and these con-artists do NOT honor warranties and washing their hands off liability with all kinds of excuses. 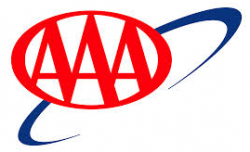